The Snap!Shot conference this weekend caused me to reflect on the range and diversity of communities inspired by Snap! For example, the TurtleStitch community originated from Snap! and is now a thriving group interested in embroidery patterns and textiles. I don't currently use an embroidery machine, but sometimes drop into their meetings because the conversations are so fascinating. The Snap4Arduino is another large and diverse community of makers that uses Snap! with microcontrollers. We use this tool extensively in all of our maker classes.

Traditionally when a fairy grants three wishes, the third wish is always for three more wishes. When Paul Graham created a startup to create other startups, he called it "Y Combinator" because this function can define recursive functions. In that sense, Snap! might be described as the "Y Combinator" of programming languages, giving rise to other extensions built on the foundation of Snap! or inspired by it.

This caused me to wonder about other Snap! extensions with associated communities. Here is the start of a list with the two examples that I mentioned and additional ones suggested by WWW and @dardoro:

Many more extensions are listed at: Snap! Build Your Own Blocks

What other examples should be on this list - particularly ones with active user communities?

@warped_wart_wars I was not previously aware of Beetle Blocks. Thanks for directing me to it.

It seems likely that several of the Snap! libraries may also have interesting stories behind them. For example, how did the Hummingbird extension evolve? Who did the World Maps extension and is there a community that has formed around it?

I was not previously aware of Beetle Blocks. Thanks for directing me to it.

You can edit the main post. Oh and it's just one word: "BeetleBlocks".

@dardoro Thanks! Per WWW's suggestion, I am adding suggested examples to the main post.

Extensions that have developed significant user communities are particularly interesting. Does anyone participating in an active community associated with a Snap! extension have information about this that they could share?

@warped_wart_wars Not sure what you mean by "What's this?".

What I quoted is at the bottom of the original post. Why is it there?

BTW you can reply to posts.

The asterisk at the bottom of the post was just random debris; I removed it.

Ok. It isn't there anymore.

Who did the World Maps extension

that would be moi. They're really built into Snap! but I didn't want to show the blocks all the time in the palette.

You can edit the main post. Oh and it's just one word: "BeetleBlocks".

Actually, it's two words, as you can see in our home page

BTW, Beetle Blocks hasn't seen much love for the past 2 or 3 years, but we still have a whole bunch of active users and a handful of schools are using it in class.

And, since the TurtleStitch cloud is based on the BeetleCloud: 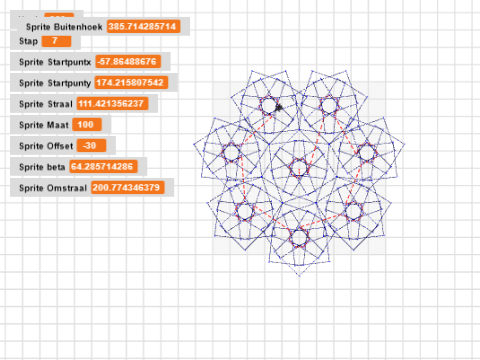 @bromagosa I didn't realize that TurtleStitch was based on Beetle Blocks. Can you describe how one led to the other? It sounds like an interesting story.

@jens Elizabeth Langran, the current president of the Society for Information Technology and Teacher Education (SITE), focuses on Geospatial technologies in her educational work:

The World Map extension seems like it would be a good fit for educators working in this area.

Actually, it's two words, as you can see in our home page

Oh. I just checked. You're right.

BTW, Beetle Blocks hasn't seen much love for the past 2 or 3 years

Probably because it doesn't have enough features. (BTW I made a "questions" topic on the Beetle Blocks forum.)

Probably because it doesn't have enough features.

No, because we haven't had time to work on it.

@bromagosa I didn't realize that TurtleStitch was based on Beetle Blocks. Can you describe how one led to the other? It sounds like an interesting story.

TurtleStitch is not based on Beetle Blocks, but their cloud and community site are based on ours

I wrote the Beetle Cloud for Beetle Blocks before Snap! had a community site, because we really wanted to have a website where people could publish and browse through projects, and the Snap! backend that we had back then didn't provide these features.

TurtleStitch also needed a community site, so they used the Beetle Cloud as a basis for theirs.

A couple of years later, I got commissioned to build the new Snap! cloud and community site, and based my design on the Beetle Cloud, although it currently differs a lot from that initial design.