Anyone can suggest blocks in the comments. If it's possible for me to add them, I might even add them! (and give credit, of course)

if it doesn't work click the link here:
https://drive.google.com/file/d/1pmhNWHJV-TL9l7BKi_HfSXObbs8UBV8D/view?
usp=sharing

if it doesn't work click the link here:
https://drive.google.com/file/d/1BvX3UnCvkvszooKEd0ctAlC7TdnT0ZtW/view?usp=sharing

to get more information about the blocks listed below, click the "eye" icon on this project below and see more documentations/functions of these blocks:

Tweaks on the Project

This is pretty cool, especially the new sprite blocks. Here's some blocks I made (which you can now drag into the editor to import)
I think they could be good editions, although they're quite simple.

I added these blocks (looks new to me!)

Whoops! i encountered an error from my new reporter 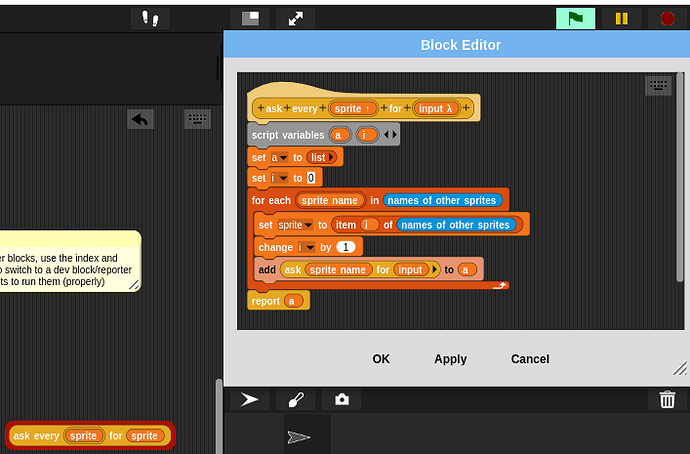 I'll get on fixing

edit: i found it, and it appears to be a block order error... silly me! it now looks like this

I think they mean the tell and ask every sprite to action blocks. Those are original.

For some reason, I can't get this to function.

When I run it, it never updates the condition, and yes. I'm adding some Obsolete blocks made from Scratch.
Can anyone help?

No, it never updates it. I have tried making this type of things a lot, and even in 8.0, it still does not update.

the boolean slot is ran and the result is passed to the block once. when it's repeated it's going to keep giving the same value because that's what was put in.

you want to use an unevaluated boolean, read about it in the snap manual

does anyone know how to delete all scripts in a sprite?
i've been stuck with this dummy block all day long...

(inside the "create sprite" block)

(my [scripts]) just makes a list of what all the scripts are, it's not actually the list of the scripts directly.
delete (all) of (numbers from (1) to (10)) doesn't eradicate those numbers from the project.

I think he's just using it as a placeholder or a

, and he wants to know what the actual code to delete all scripts in a sprite is so he can replace that.

I figured it out. Kinda difficult because I had to test if blocks were custom and didn't know how to do it yet.

Here are some corrections to some blocks you have in your project: 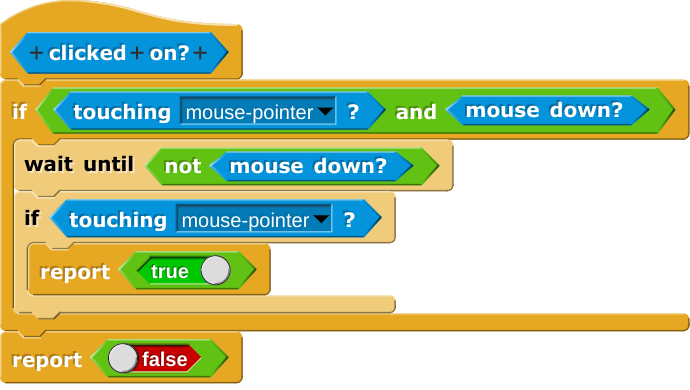 Snap Blocks+ script pic716×162 31.1 KB
This block does what it's supposed to. Your block only displays variables from nearby sprites.

All Origins has a limit on how many requests you can make.
instead of using [scratchblocks]<(statement) = <<true (::grey)::operators>::operators>>[/scratchblocks] just use

the developer blocks were probably hidden for a reason. you can risk freezing or crashing Snap! or include blocks in your project that do not work anymore.

You can import any of these blocks by downloading the images to your computer and drag + drop them into the coding space.

Also, I have already made some of these blocks before.

Does this block is working for you?

I think this code has no effect: 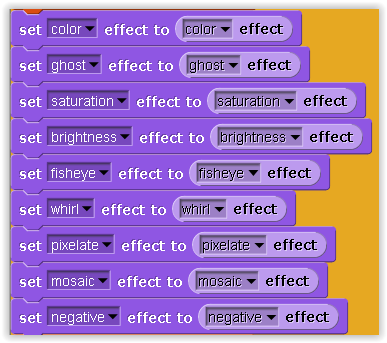 (take the set color block for example: you tell the new sprite to set it's color to it's own color...)