Are there plans to create a Raspberry Pi GPIO extension in the Snap! libraries? I'd like to use the Snap! and raspberry pi in the same way I have used Scratch to demo physical computing https://projects.raspberrypi.org/en/projects/physical-computing-with-scratch to my students - lighting leds, buzzers, buttons, etc.

@bromagosa, this is for you, I think?

Check out micrBlocks and Mozilla WebThing Server features (http://microblocks.fun/blog-2020-01-15-microblocks,-snap!,-and-the-web) . Integrates very nicely with Snap via the HTTP interface. And I believe there are more feature / functionality to come.

It looks like @cymplecy maintains the Scratch GPIO extension. After poking around, I realized that this is an extension for Scratch running on a Raspberry Pi, not on your laptop, or desktop. That's cool, but a generic web interface to the Pi would be awesome, if not as responsive.


It's Raspbery GPIO serverlet controlled by http.
So it should be possible to interact using Snap! built-in "url" reporter.
bromagosa July 13, 2020, 5:58am #6

@bromagosa, this is for you, I think?

It's be cool to work on this, but I have no time

Maybe @cymplecy would want to give it a try? Or maybe @jguille2 or @jferran6 already know of an existing solution?

I've interfaced Snap in the past to my ScratchGPIO setup as POC but never put it all together as a package with instructions.

The main reason for not doing it, is that Scratch 1.4 does an excellent job of being a front end for controlling physical computing devices through the Raspberry Pi.

The extra stuff that Snap brings to the table isn't needed and Scratch 1.4 has such a small footprint, that it can run natively even on a PiZero.

But I did a lot of work last year to get Scratch 3 to interface to ScratchGPIO (bit of a waste of time as it only runs reliably and quick enough on a Pi4 with >1GB RAM), so maybe it wouldn't be too hard to re-purpose that and try putting a Snap deployment together

Finally got round to start using Snap! as the interface to my ScratchGPIO python handler - hopefully I'll document and publish it properly this time 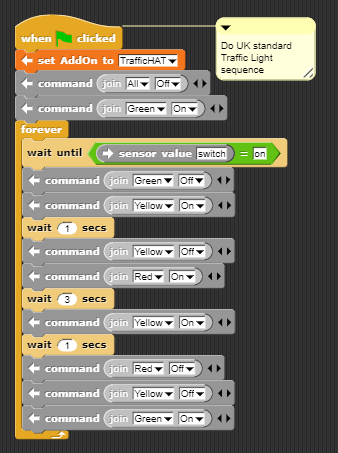 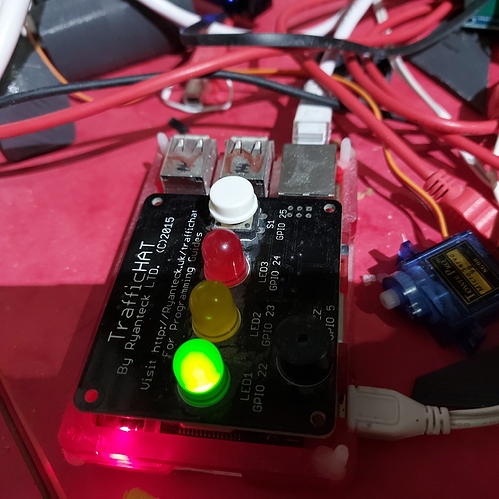 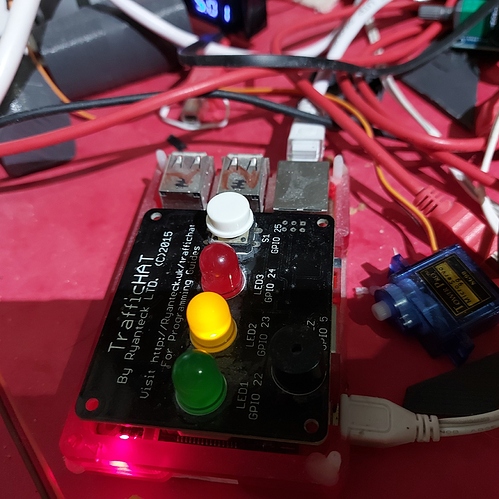 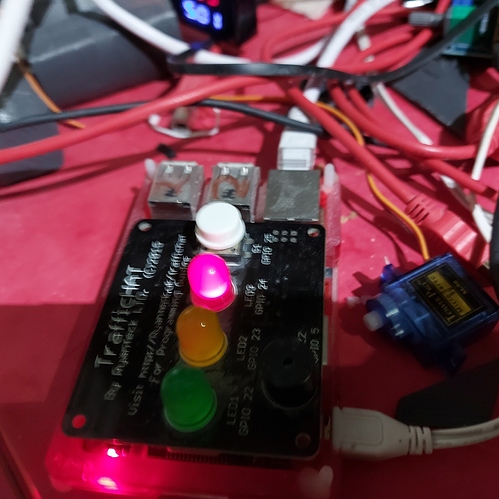 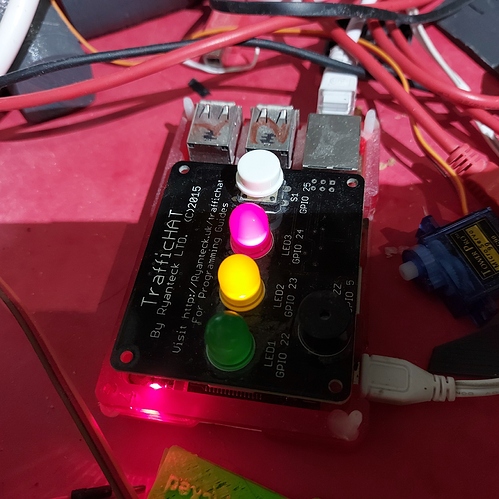 will this only run on Linux?

The Snap! session is running on my Win10 PC.

There is a webserver running on the Pi and Snap! communicates with it via the url block.

So Snap! can be run on any machine that is on the same network as a Pi (or the Pi itself)

Making a lot of progress 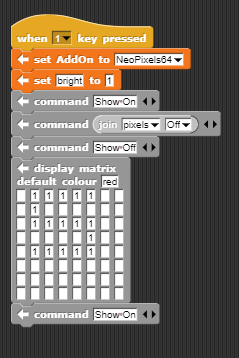 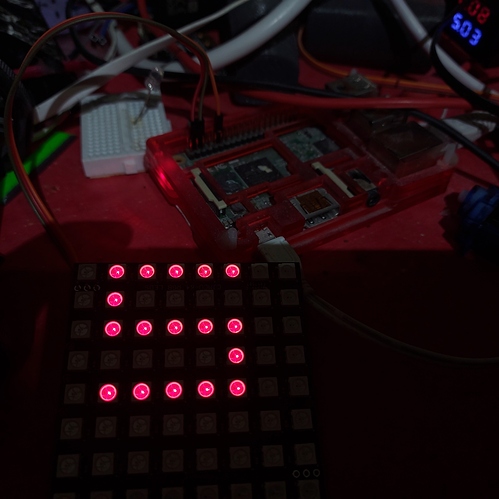 Loving how I can make custom blocks like the matrix one - all in Snap! itself 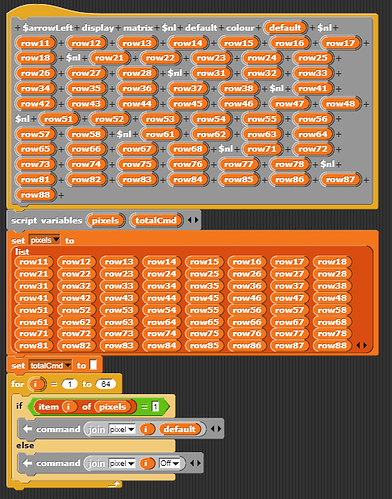 I think it would be better if you used booleans instead, that way you won't have to put if item i of pixels = 1, you could just do if item i of pexels.

I think I really need to upgrade my neopixel python handler so I can just send the whole list list as one messsage and get it do the looping. It would work a lot quicker that way 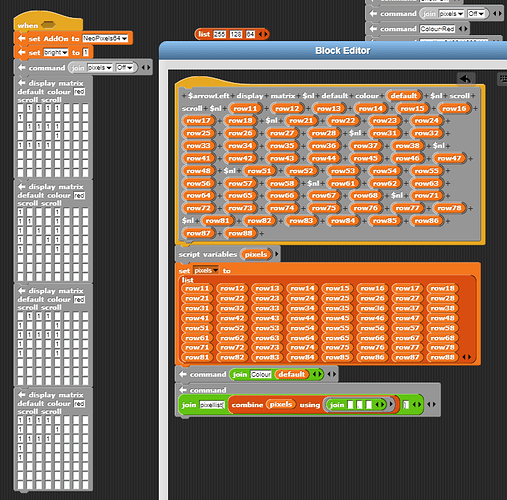 The images display MUCH faster (0.7 secs to run the script to display S N A P)

Going to add a scroll option I think next 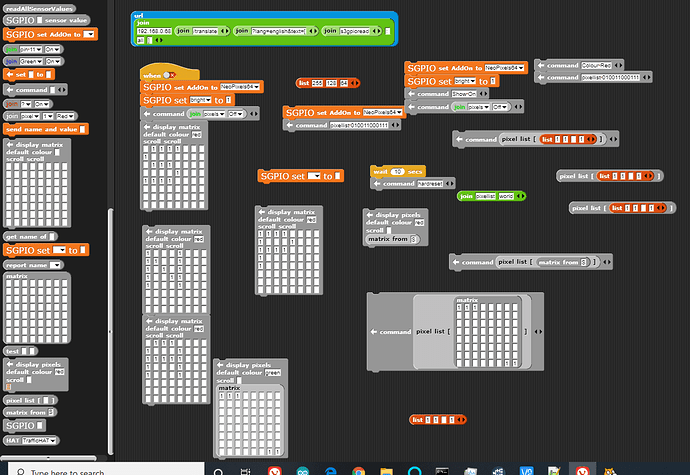 Can this thread be put into the new Computer Science: Physical Computing category please