If you switch the costume to "Turtle", and run the "Next Costume" Block, it does not move on to the next costume.

why is the next costume block not changing the turtle to the first costume?

As I understand it, it's a design feature 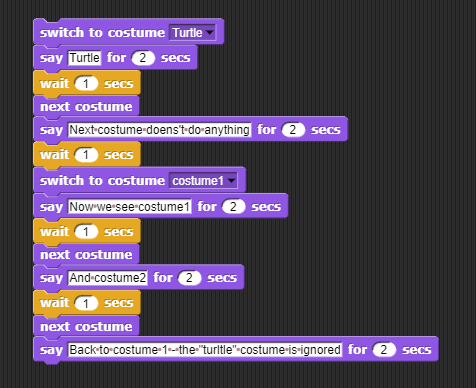 I don't know... Thats your view, when a mod replies we will know the answer.

My reply is based on several answers from "the mods"

to similar questions posted over the years

Is there a technical reason for having a 0-numbered turtle costume? Would having a 1-numbered random costume when a new sprite is created (like in Scratch) impact negatively on how Snap works internally?