Turbo mode is recommended!
This is a Evolved Edition of SnapRoom! (the other cloud chat)

Bugs? Reply to me in this forum, command suggestions too.

Hmm, the project doesn't seem to be public. Did you share it?

Did you maybe rename it after sharing the link? The one you posted doesn't work: 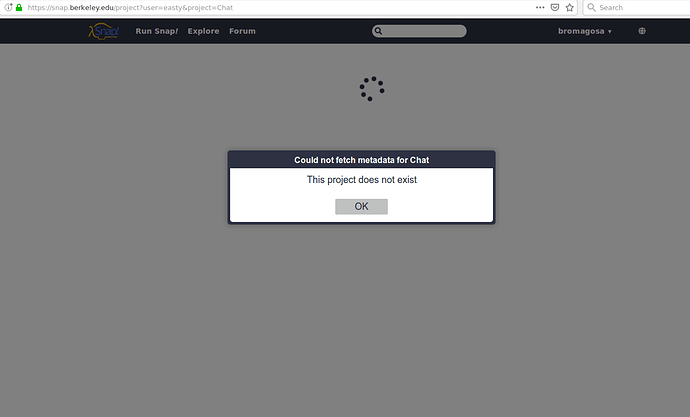 oh wait theres a error in the project link

Increased performance, instead of taking so long it will be really quick.
Changes

Roles now exist that are purely cosmetic, when I implement a security system they shall have function

Seems very small but I had to implement a entire part to the cloud site to add this.

Yeah I type above that and it's real buggy. Not sure if this is Snap's problem or Chat's problem.

yes, i'll be working on fixing that, but because i don't use answers it is hard to come up with something that doesn't just set a variable to a bunch of clones of a letter.

Great project. I just played with it. It has some serious bugs that need to be fixed though.

I created a remix with more things in it, like instead of pressing the down key to post the message, you press the enter key, and all symbols are suported (not including caps, but everything else) here it is (I'm not going to embed it)

because Chat was a remake of SnapRoom, and you remixed it, I guess you're in the SnapRoom-Based Chats group now

I guess you're in the SnapRoom-Based Chats group now

nope, I'm not, I just thought it was a good project and remixed it with a lot more keys and using the whole (most of the) keyboard instead of some of the keyboard (and I also added arrows).

Working on remaking the whole project.
User-Input is now mastered so yea you won't have to worry about it.
Currently i'm just working on a sort of frame work for the next Chatroom. (that will be 100% more secure)

Most of the bugs in this Older version were fixed in this newer version I'm working on.