I was bored in school one day, and when this happens I like to make personal projects.
Often these projects combine a skill I want to explore with an absurd "what if" idea.

Now I had no clue how codification in Snap worked at the time, and I thought it would be funny to add Brainf**k to a spinoff of a children's programming language.

I like to call the result "Brainf**k for babies".
https://snap.berkeley.edu/snap/snap.html#present:Username=24oscarva&ProjectName=brainf%20snap
I have a few problems for a project based on this but I'll save those for later posts.

Ah, yes. Brainf#ck. The "coding language that f#cks your brain".

If you don't know about Brainf#ck, it's a coding language that is supposed to be as simple as possible. And by simple, I mean that it has a simple compiler. But it has a hellhole of syntax and all that other stuff that makes it so hard to understand.

There's a very good video about it on Youtube. Here it is: 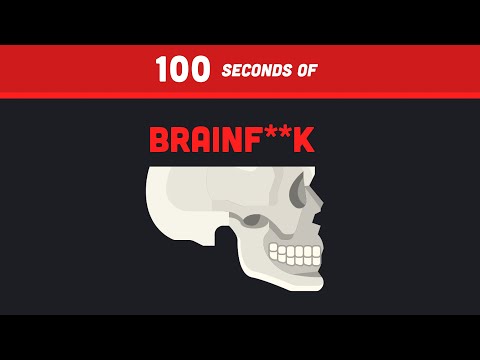 I know it’s amazing isn’t it.

it's a coding language that is... as simple as possible... [b]ut it has a hellhole of syntax... [it's] so hard to understand.

Well.
It's (essentially) a Turing machine. So it can do anything- because of the nature of Turing machines, it's going to be complex.

I strongly recommend you watch this video: Math's Fundamental Flaw. It has a lot of really good info about Turing machines!