I can't make a decision because I can't access the talk.

A Minecraft Nerd's Take on What Snap! Can Learn From Minecraft Snap!Con 2021

I support, who actually adds BOF proposals to Snap!Con?

There's a steering committee. All the usual suspects, more or less.

What even are Birds of a feather?

What even are Birds of a feather?

Sessions organized just before or during the conference, for people to get together ("birds of a feather flock together") to discuss a topic of mutual interest. As opposed to sessions at which someone is presenting something to an audience.

Welp, did this BOF make it to Snap!Con?

Yup. It was an interesting discussion. What came out of it is that we're thinking of doing a small experiment, despite being doubtful of the whole idea.

DARN IT I DIDN'T ATTEND!

No, darning would be at the TurtleStitch BOF. :~)

I was kind of surprised you didn't, after asking about it!

the only way to collaborate with other snap creators is by using netsblox ( you can edit the xml of a project. so it can be imported to both of the websites)

So far it's only one badge and no competitions that we're thinking about. If by collaboration you mean two people editing the same project at the same time, that's probably a long time away, although we agree in principle.

All of this is lower priority than teacher and student accounts...

The issue isn't that we can't figure out how to run a competition. The issue is that most of us (the staff) think that the whole idea of competitions is poisonous to community.

We're not enthusiastic about badges, either, but willing to experiment in a small way to see if we can use them in a non-harmful way. The idea is to badge projects (not users) that use higher order functions. So it'd look something like this:

The advantage of this particular experiment is that it can be automated; when you publish a project we can have a program scan it for blocks with inputs of type Reporter. By badging specific projects rather than users we're hoping it'll be less of a status thing, but just a tiny nudge in the direction of learning to use HOFs. And of course it doesn't have winners and losers.

Article from the NY Times about Japanese athletes apologizing in tears because they only got a silver medal: 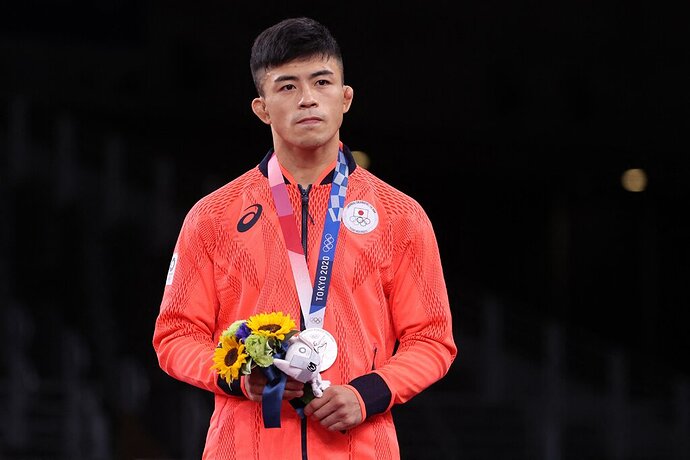 Second Best in the World, but Still Saying Sorry

At the Tokyo Olympics, Japanese athletes who fell short of gold have apologized profusely — sometimes, even after winning silver.

That's what we don't want.

P.S. As I said before, there are a bunch of projects more urgent than this, so don't hold your breath.

What would the badges be about?

The idea is to badge projects (not users) that use higher order functions.

Functions that call other functions, usually reified ones.