With a little help from the community, i made a collection of blocks i've made 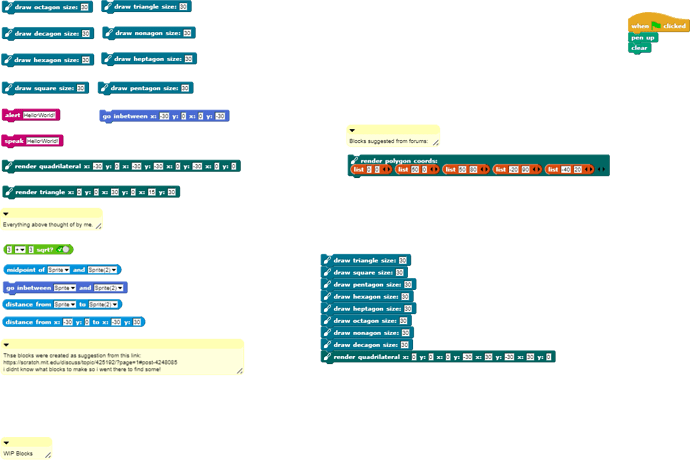 any amount of sides.

any number of sides.

Use the second option, not the first.

Just to be clear: the first does work, but the second is looks better and makes more sense, and works better with non-booleans.

I know the first works, it's just bad coding (not to mention, it actually takes a bit longer to process (I'm talking less than milliseconds faster though)). It's better to get into the habit of using not instead of = false. It's also faster to pull out a not block. 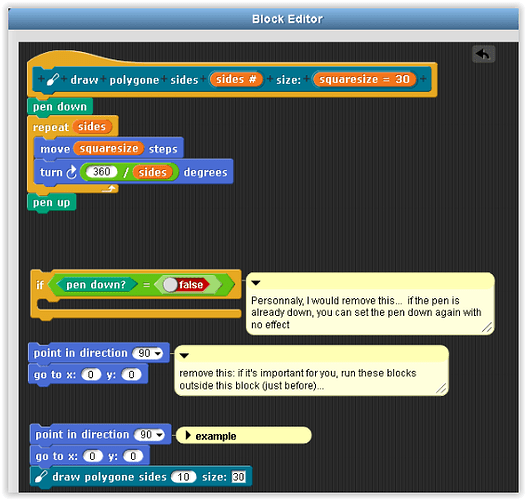