Why does this glitch happens 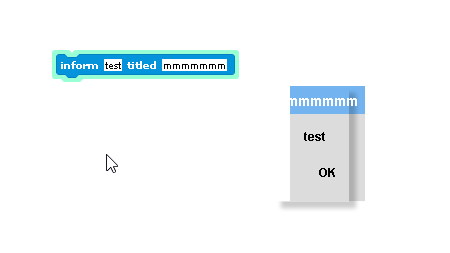 try testing it in regular mode (flat design off)

How do u get that block?

they probably made it with the JavaScript function

can you give us the code of the block that you are using?

why are you saying it's a snap bug when you're using morphic wrong. this isn't happening when you open a dialog using snap features, this is happening when you run the code you made to make a dialog. so it's probably not an actual snap bug but rather a problem with your code. 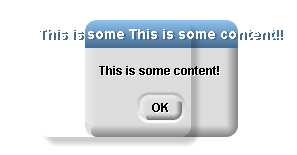 huh, whenever I try it, it works. What browser and OS are you using? I'm using Brave browser, on Windows 10

for some reason it doesnt like work with multiple dialog boxes, only 1, i wonder why

weird because that glitch doesn't happen for me

You guys are testing with the title text much longer than the actual info?

that was the thing. We were testing it with the title text shorter than the info text.

edit: sorry, I was in a hurry, so you might not understand what I said, so here's a much better explanation.

No, it's most likely a bug with Snap!. The code for the block basically says:
popup dialog box(title, text)
edit destroy function so the waiting part will work
return function() {return isDone}
And I highly doubt editing (adding to, really) the destroy function would cause something like that.

ok. Is there a way to manually create the dialog , but with edits?

hm, the problem seems to lie in the fixLayout function. that function's super long and vague, would take forever to look through, and it would also require expertise regarding Morphic (more than I have).

You could do that, but it wouldn't be worth the time; I would just always make the body text shorter than the title.
Edit: It also seems to happen with the prompt block, which is certainly strange because there's no body text to snap to.

How did you get those 1.x styled pixelated blocks?