mathematicians would probably say it's a "bunch of trivial scripts", a task not worthy of them. ;~)

Counterexample:
I'm a mathematician, (kind of) and I would be

willing to dive in murky waters

as you say. (Not literally, though.)

Now I am afraid of you.

This guy's story, which I've just googled, is so similar to mine.

You're right; I was too lazy to find a story in which that would be reversed, as in my case, being afraid of math, but not of coding. Fortunately, social science (undergraduate) studies don't teach its statistics courses as mathematically rigorous as elsewhere (its more like following a cook-book recipes and cooking a meal without knowing all the cooking-related chemistry).

Can you explain what does 'kind of' mean in your case?

My impression has always been all mathematicians want is 1) one (uber-)clever script to avoid having to deal with multiple scripts (because that's not elegant enough) with 2) one-and-one-only sprite (because having multiple sprites is even less elegant.)

I like math, but I wouldn't try to solve a whole lot.

For me, that isn't always the case.

My impression has always been all mathematicians want is 1) one (uber-)clever script to avoid having to deal with multiple scripts (because that's not elegant enough) with 2) one-and-one-only sprite (because having multiple sprites is even less elegant.)

Not at all. For example, I think it's super elegant that 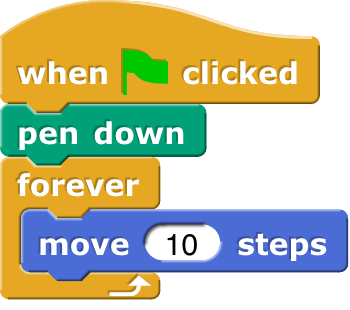 draws a circle and not a random squiggle.

I mean, yes, mathematicians love elegance, but they ("we" in my self-aggrandizing moments) have been humbled by the proof of the four-color theorem, which consists of a computer analysis of 400-odd different cases that in composition include all possible maps. Everyone is glad to have the question settled, however ugly the proof, but in the back of everyone's mind is "there must be a better way." And of course super humbled by Gödel's Incompleteness Theorem.

And also, the history of mathematics mostly isn't like Pythagoras sitting in his temple; it's people like Bernoulli trying to model ugly physical phenomena about turbulent air flow and the like. Or finding a way to measure longitude for the sake of sailors on the featureless ocean. The Fundamental Theorem of Calculus is a thing of beauty, but the nitty-gritty techniques of integration of non-polynomial functions are hideous.

P.S. And the things you say mathematicians don't like are basically parallelism, which mathematicians love to study in theoretical computer science circles.

I find history of mathematics fascinating, and I do enjoy reading stories about it (including your summary of it), but that doesn't prevent me from disliking that programming is usually introduced using examples from mostly mathematics, & that math wikipedia articles are aimed at research mathematicians even though all other wikipedia articles aim at lay reader etc.

the proof of the four-color theorem

...which doesn't work when you have maps where multiple areas are, together, one state.

...which doesn't work when you have maps where multiple areas are, together, one state.

Oh, you mean a state with disjoint pieces? The way Massachusetts used to include Maine? Interesting. 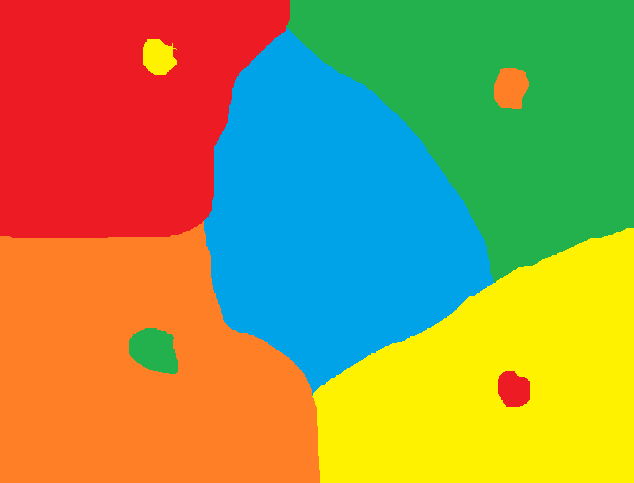 Have you read any of their medical articles? Or their philosophy articles? I think it's the case in general that articles about particular practices are aimed at practitioners.

Do you know about simple.wikipedia.org? They try to write articles readable by lay people, although I don't think they can do it for really advanced topics. They have just a stub for "elliptic curve" and nothing at all for "Lebesgue integral," for example.

It's just the simplest one I could think of.

It reminds me of two perpendicular yin-yang symbols.

Could you make an image of that?

When I tried it in Photoshop it gave me this: 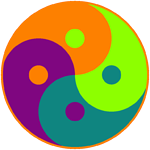 Edit: And if you just draw a blue circle in the middle you get 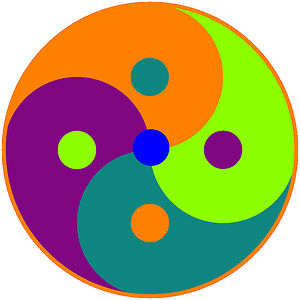 which is more or less your picture.