what happened in this pic 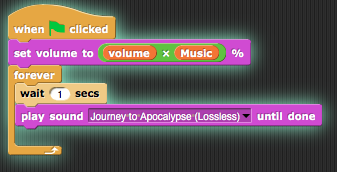 its just a hole in the script

I don't know. What version was it?

7 is currently in public in Snap Dev.

I don't use snap dev.

do you know how to fix

that has happened when I first joined snap, so snap 5.4.5 (or earlier). To reproduce that, just wrap a loop around a currently running script, although, I can't seem to figure out how to get the gap to be one block tall.

You simply move the objects inside the c shape out and drag the c shape off then re put it back on and put the rest of the stuff back.

It isn’t that big of a deal as it does not effect how the project runs or the code itself.

And it's easy to fix on your own.

I don't know what happened but the script won't work.

I told the mods to close the topic its not that bad and I fixed it.