I take you to the magic show ! 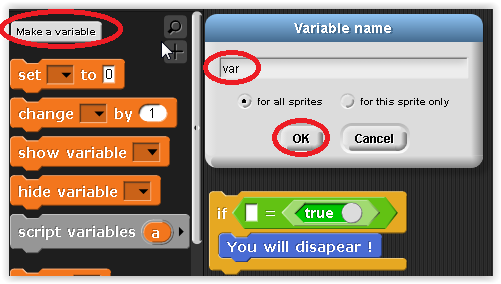 Drop that var into script (or not)

Rename the var to "Abracadabra" (Abracadabra is facultative but... more funny for the rest) and press ok 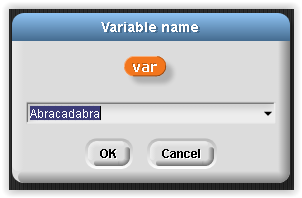 (The window don't close when i press ok)

The var is now renamed Abracadabra 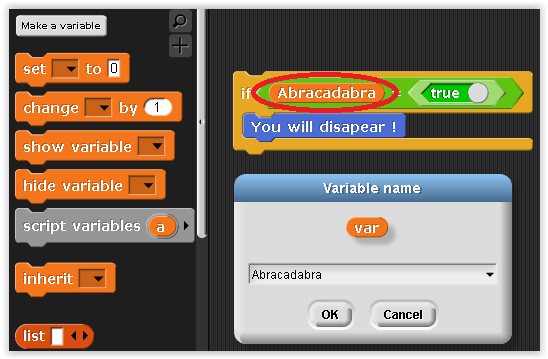 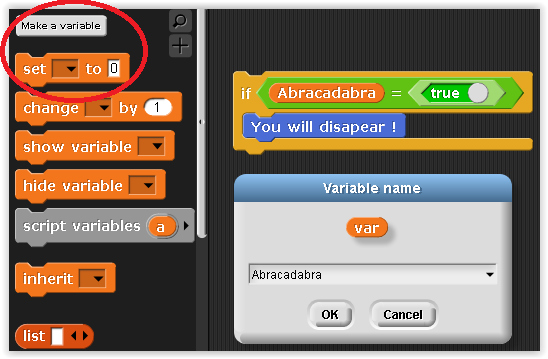 The var "Abracadabra" has disappeared !

If i press "Cancel", the windows close...
If i want to make a new var called "Abracadabra"

If i make another new variable named "Tadam !" 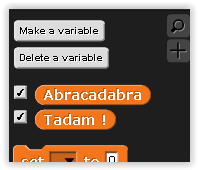 is this an actual bug or just a joke?

actual bug : with a bit of humor !

But I can't reproduce it.

Does this fail for you on a brand new project or are you maybe using sprite local var called var somewhere in your project?

But, wait a minute, i test it this morning and no problem... intermittent problem... I will do some research to reproduce the problem...

I too have had strange things happen when renaming a variable but didn't report it since I couldn't reproduce it.

I test it again today and i can't reproduce it !!!

Somebody can test it plz ...

Try in this project

I was able to reproduce it in that project, but not a new project. Could the bug have something to do with a project being saved?
EDIT: I tested it with one of my projects and I did not reproduce it.

"rename all..." does not work well with an empty custom local block present.

chrome and firefox : same problem...
1)the var disapear on the left after rename all
2)the var isn't rename on the right
3)the var name edit wintows stay open after i click ok

And there are at least 3 open issues on this problem: Issues · jmoenig/Snap · GitHub