In my big mayflower project, I've got thread safe script checked to prevent when I receive scripts from being triggered before completion 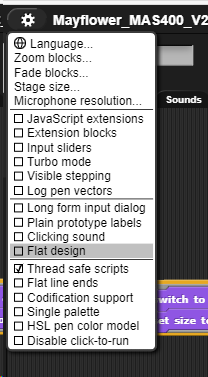 That has worked well over the years

But now I want to call some new scripts, but I want those ones to not be re-entrant safe.

Any ideas on how to proceed?

Couldn't you just use LAUNCH on them?

Wait, but launch only runs scripts while blocks under the launch blocks are running too

One sec I gotta test this out

Um it doesnt work for me.
(thread safe scripts, i mean)

So with default settings and as expected, tasks never complete 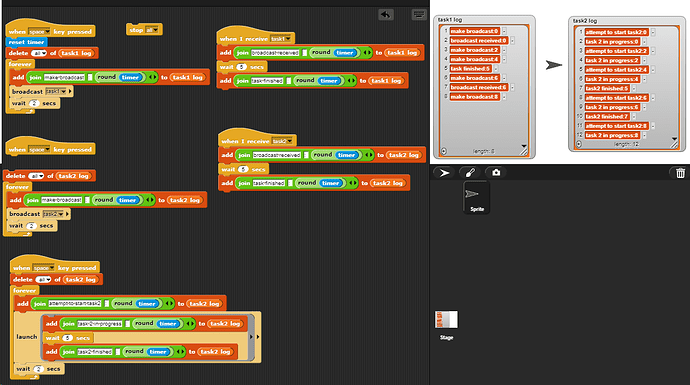 which I think shows that task2 is being run several times in parallel (as it has task completion at 5,7,9 secs)
What I want task2 to do is what it did under the 1st condition of thread safe scripts being unticked

Background info as to why I'm after this
The wait 2 sec is simulating an incoming MQTT message event and I normally want anything triggered by that event to run to completion and ignore any other messages until that has happened. Which is why I enable Thread safe scripts

But now I want to be able to deal with a different event2, and not have that script run to completion unless the time between two successive event2 exceed the running time of the 2nd script

"Thread safe", run till completion, block reentry - with a variable "pending" as a semaphore 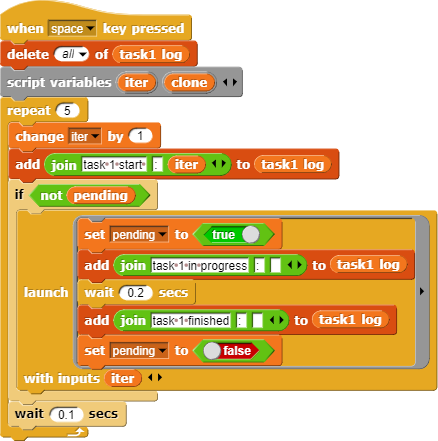 "Late to the party", abandon the pending, run the fresh one - if you can live with the clone as a semaphore & thread metaphore 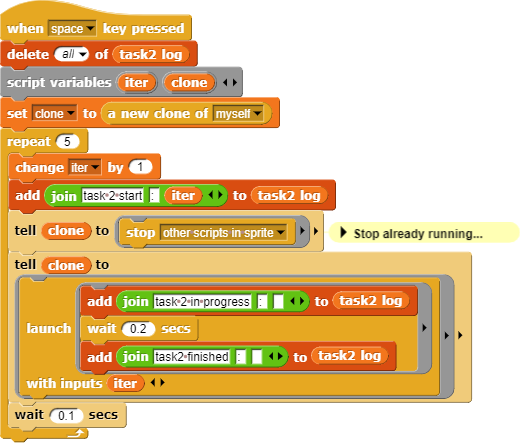 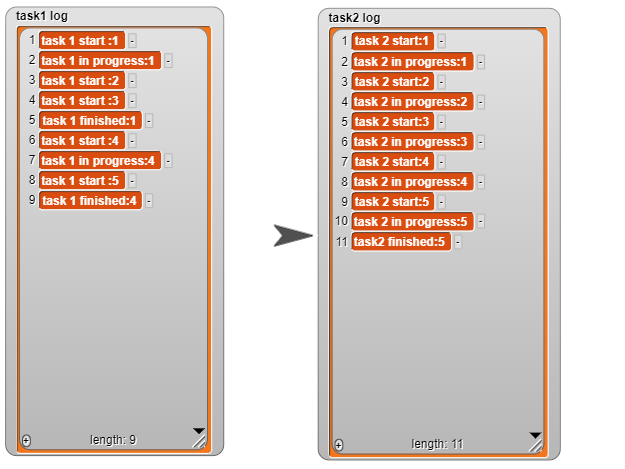 Of course custom "launch" blocks can be created.

So this works the same as before 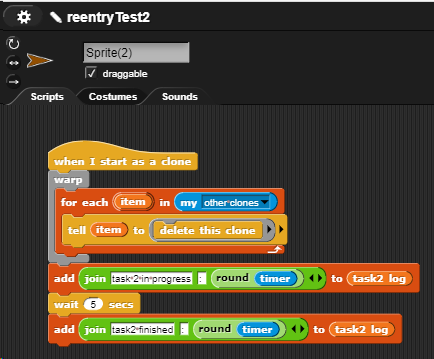