The tutorial, seen on his Facebook page, is too good not to be shared on the forum. (I have been, and still am, soooo impressed) 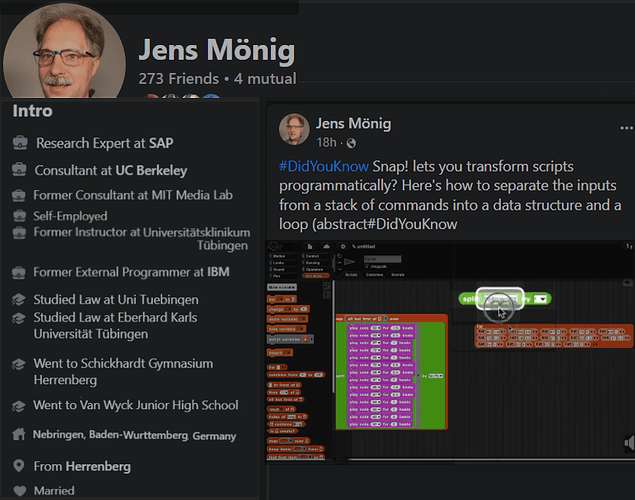 He said that because people were complaining about the dev version, not yet released, still being worked on! I don't think he'll mind you talking about something he's published.

Thank you; good to know I will not come across as stalking Jens.