Turn multiline text into a costume

This is an extension of the costume from text library reporter

to allow creation of lines of text

You can set pen color to get a colorful text. So the next step can be dialog box as described by bh

Well, the main thing is that they'll be readable and writeable both by the user interactively and by the program. I'd like the program to see the text as just text, not cluttered with html or whatever, even if there's html in the implementation. I see a need for two kinds of interaction. One is the text editor style, in which there's a body of text that you jump around and add to throughout the document. The other is the conversation style, in which new text is added at the end, and the stu…

I made something similar but rendered as HTML with basic cursor navigation : ...snap.html#present:Username=dardoro&ProjectName=TextBox

This removes the need for the extra re-centre wrapper

I remix it to add justification (left, right, center)

(you already made left justification) 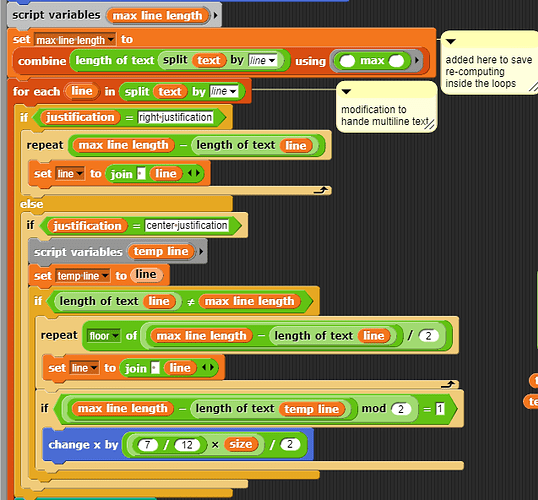 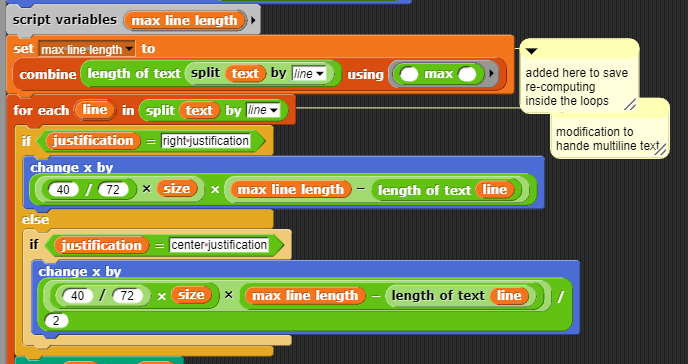 What is the pixel width of text compared to 'size'?

I had to figure this out myself in my write with wrapping block, the calculation is:

to calculate the width the text is going to take up in pixels.
A character written onscreen with size 12 takes up 7 pixels.

Write block uses monospace font so, for every letter

Changing it to 39.58 removes the off-by-one issue 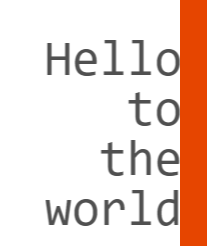 Yes, but this is only for monospace fonts.