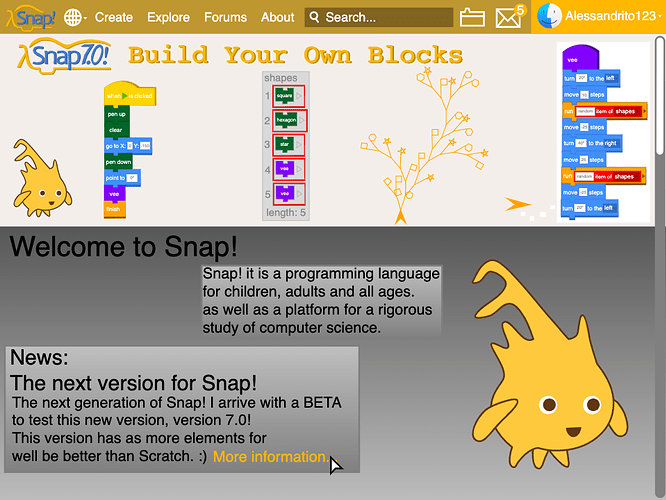 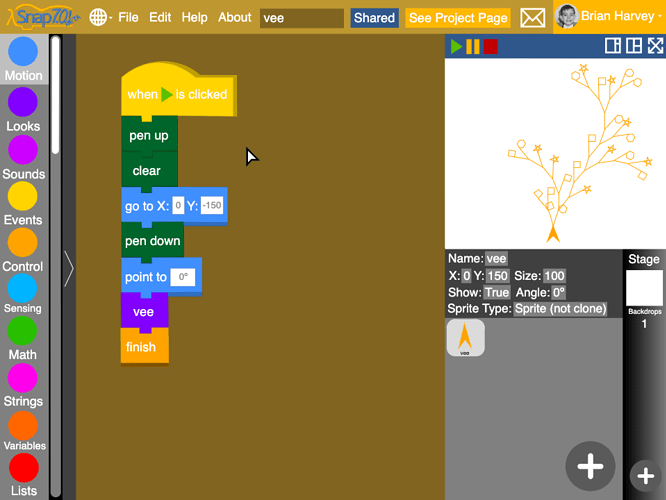 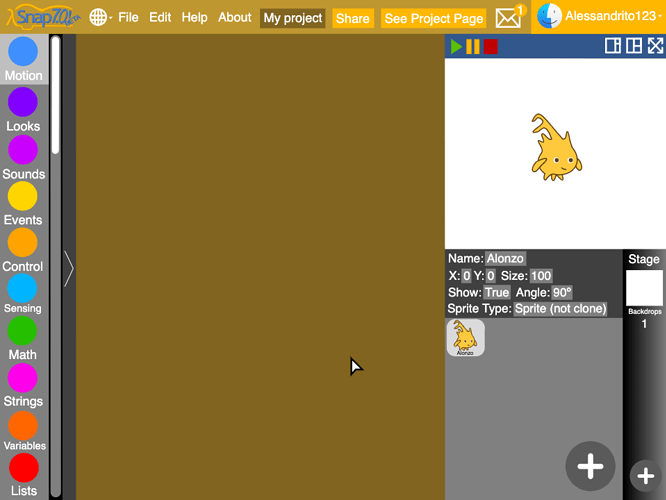 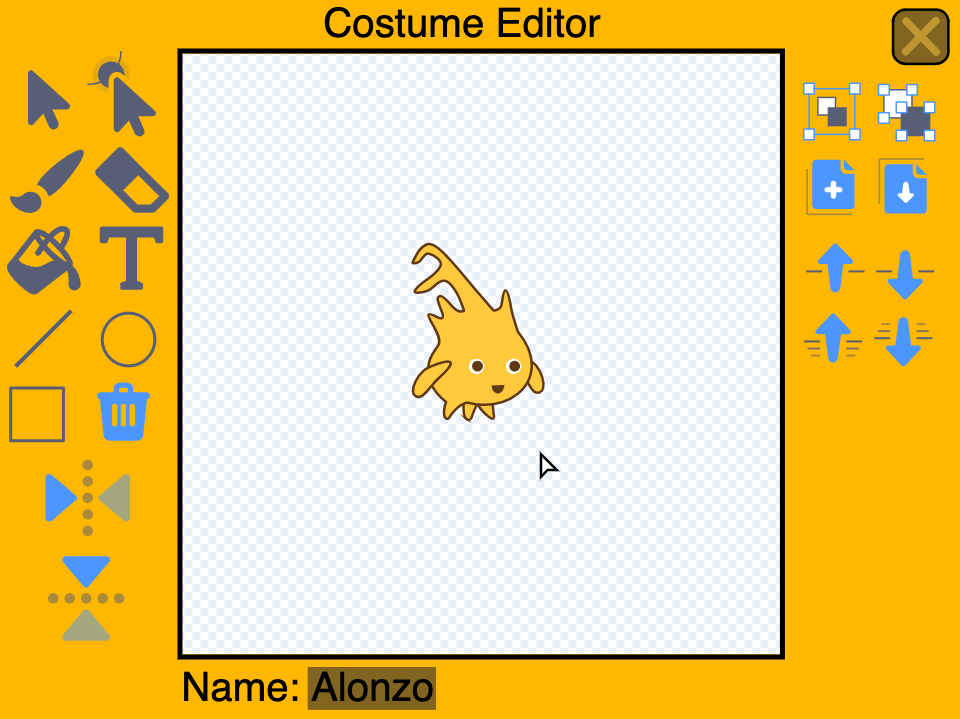 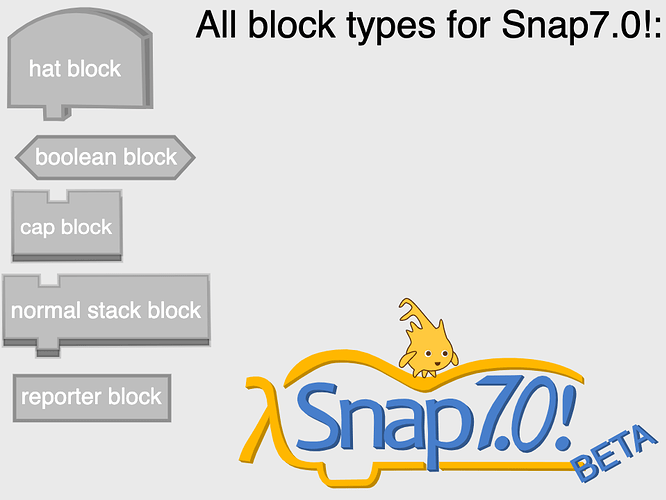 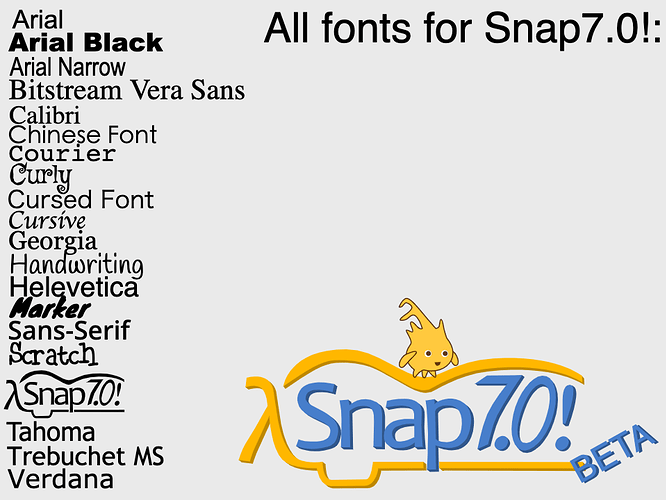 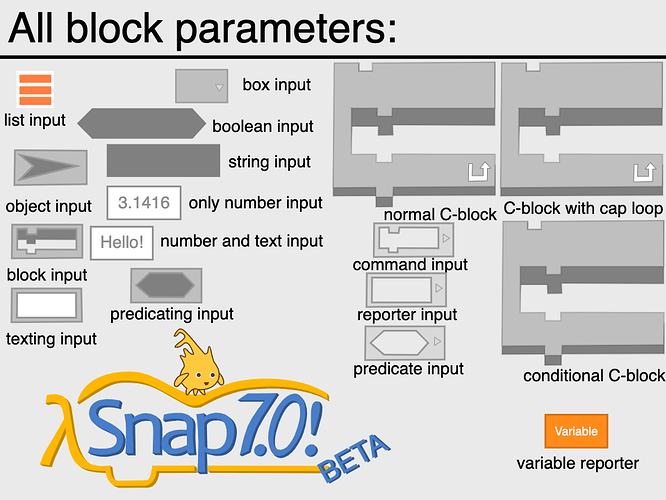 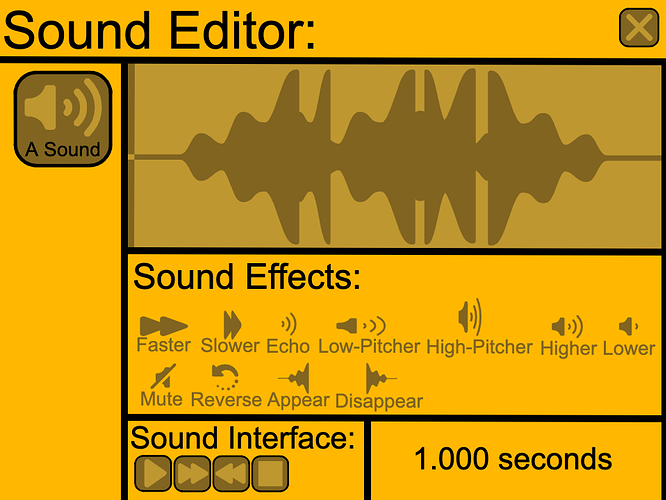 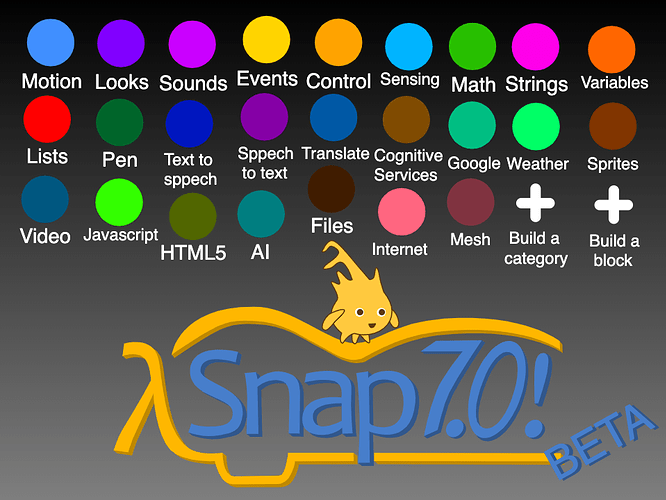 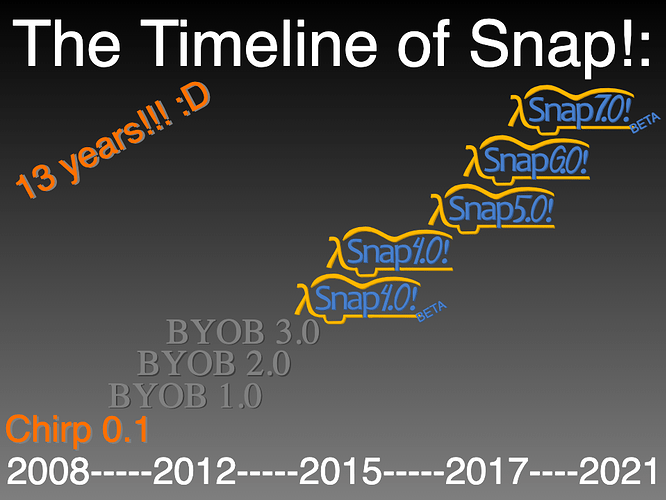 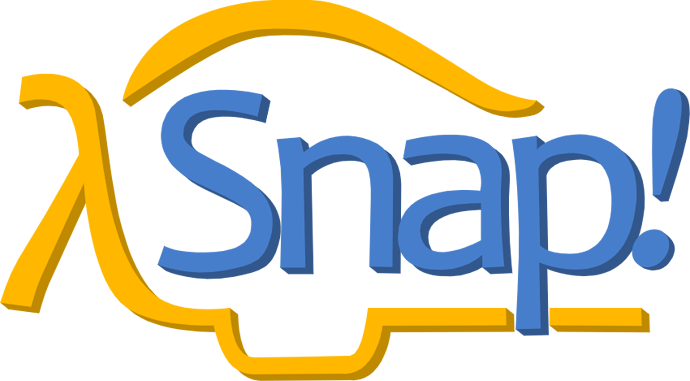 cool, but most of these categories aren't going to be there.

Cool but I don't think they would want to add messages in Snap. The devs said they will not add social media-like features to Snap! And there are a bunch of useless categories. What would "Google" even be for? Sppech to text would be especially hard to implement. And uses for most other categories would be very niche. Also the design for the costume and sound editor isn't very good. And the project editor looks too similar to Scratch 3.0, I think the devs would prefer sticking with Scratch 1.x-like designs.

I understand you very well, Brian.
I was going to promise you my great drawing that you surely liked.
In addition, I also used Scratch 1.3 and 1.4
in my early days to programming, also
I want you and Jens to see my excellent drawing.
On the other hand, I too wish to be a

Developer.
And I also want to visit the University of Berkeley.

And I also want to visit the University of Berkeley.

I want to visit anyone anywhere! Oh well, vaccine soon, they say...

These pictures fill me with a sense of Romantic longing...

All except the one with so many categories, which would only fill up the blocks area. All the other services can stay in Libraries.
Also, there is no real advantage to round rather that square category selection. On the other hand, Build A Category is a great idea!

The golden bar at the top looks much better than the current boring grey one, and I much prefered the graphics of the sound and costume editors.

Messages are not inherently bad, they just need to be made public, so that if a user sees an inappropriate or offensive message, they can report it.

"Build a Category" looks good tho

'because Scratch' isn't a good reason to not do something, either.

We've somewhat followed their lead in media computation, e.g., the video capture blocks. We'll probably eventually decide to split Events (hat blocks) off from Control, which is too big, although the hat blocks are a tiny contribution to Control, and I'd love to find a division that would be more nearly into two equal parts.

I personally hate the appearance of Scratch 2 and 3, mainly because they're too bright; the Scratch 1.4/Snap! dark background is much easier on the eye. And if we ever switched to a different font, it'd be one in which you can distinguish Il| (capital i, lower case L, and vertical bar), i.e., a serif font. I love Baskerville, but Jens doesn't like it so much, and there are a bunch of modern serif fonts designed specifically for reading on computer screens. For example:

There are also sans-serif fonts that make an effort to distinguish similar characters:

And even though everybody makes fun of it because it looks goofy, this is actually a very readable font:

Whether the reason is graphical or technical, surely we can take inspiration from others and add on?

Sorry I'm replying to the same message twice, but when you throw together a bunch of ideas ("graphical or technical") that have nothing in common except coming from Scratch 3.0, that gives rise to a strong presumption of "because Scratch" thinking!

Hmmmm @bh I want to help make a better paint editor...
What skills are required

I do not because there is an extra bump on the right which is nonexistent in hat blocks. Just add a line on the top and make the 7.0 smaller. And fix the location of the exclamation mark to say "Snap! 7.0"

Your comments are very good.

Learn good JS code practices and morphic.js.
Also learn about OOP with prototypes.
Then ask bh or jens about it and see if they approve the request.

so, i looked through the snap! font in a font identifyer, but i couldn't find the result, but i atleast found an intersting font called "Air Factory Rounded".

Files, Internet and Mesh seems amazing categories.
But there's some categories I think are a bit useless, like video and ai.
But still a good concept

The font is called Candara.