This topic is for discussing my SuperSnap mod.

what features are you adding?

How do you add a block?

How to mod Snap Mods & Extensions

Very detailed document on how to add primitives

So what would be the code to add a new block?

So what would be the code to add a new block? 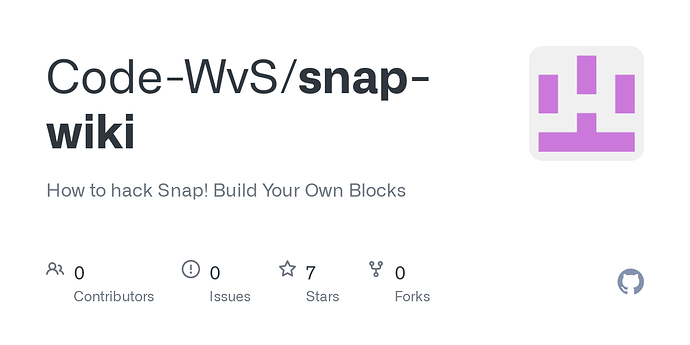 How to hack Snap! Build Your Own Blocks. Contribute to Code-WvS/snap-wiki development by creating an account on GitHub.

but the block doesnt show up in motion

the block doesnt show up in motion

It's only been 30 minutes! This isn't an instant messaging service, for the hundred thousandth time.

in memory, it's located at SpriteMorph.prototype.blockTemplates.

I mean what js file?

I don't know for sure, though I'd assume it's at src/blocks.js.

Nevermind, I got it