This is a remake of Super Hexagon made in 13 minutes. I converted it from Scratch to Snap using Snapinator but for some reason the pixel font turned into Times New Roman. Please don't mind that.

I would love to share this project on Scratch so that the font would be good, but I can't because my accounts have been banned. So the Fancy font will have to do for now. Also I'm too lazy to download the .svg files for everything to keep the pixel font. So...

Just remember, that this game is a Remake, and so you can't die in this game.

So the Times New Roman font will have to do even though I hate it.

It's fancy font. I still hate it.

Oh. Well on my screen it shows my font.

Weird. I think your default font is Time New Roman

"Start" sprite has a SVG costume with "font-family="Pixel" but browser does not render it properly. Scratch seems to have some fonts embedded 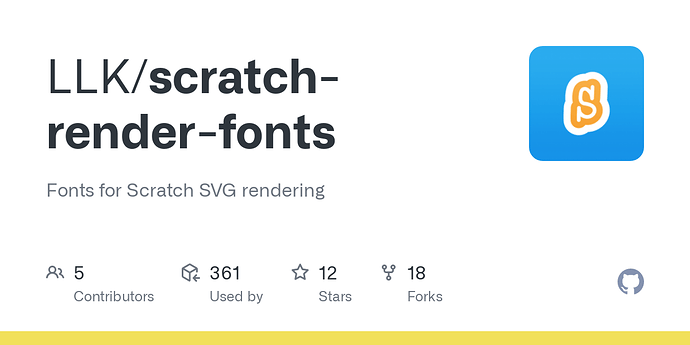 Fonts for Scratch SVG rendering. Contribute to LLK/scratch-render-fonts development by creating an account on GitHub.

@bh or @jens can you add this please?

Unlikely. You're thinking it's a simple change, but it'd affect the appearance of blocks, and therefore the dimensions of blocks would have to be computed differently, etc. etc. This is one of the things people keep requesting and Jens keeps turning down. Also, we really don't want to start down the road that leads to "skins" that all have to be maintained.

You've been warned before: We do not allow criticism of Scratch (as opposed to Snap!) on this site. Next time you get banned.

Oh okay. I was hoping about that though.

Next time you get banned.

I STRONGLY disagree with this. Yes, there has to be a punishment, but if they are a good person and/or a valuable member of the community, it shouldnt be a ban. A temporary mute or suspension would be better
Now repeated offences wouldnt make them that good of a person or valuable, before you say that

When someone just flouts a specific rule after repeated warnings, that's a big problem over and above the rule violation.