There are a capture images from Squeak: 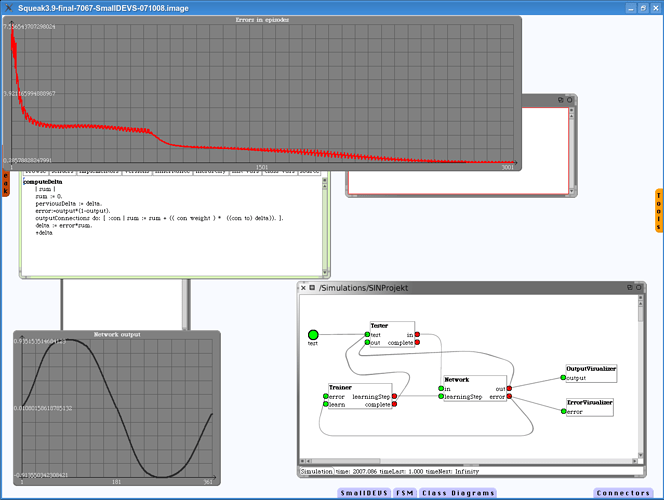 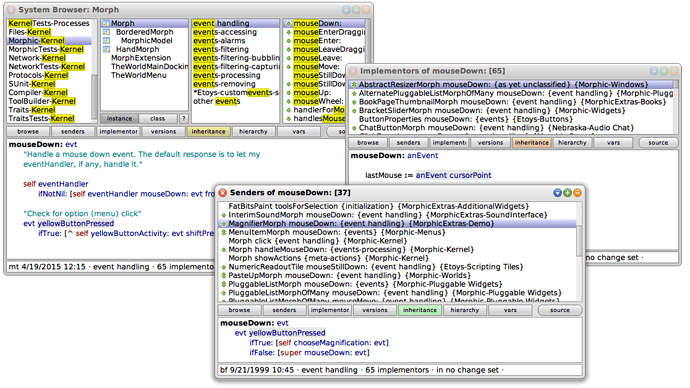 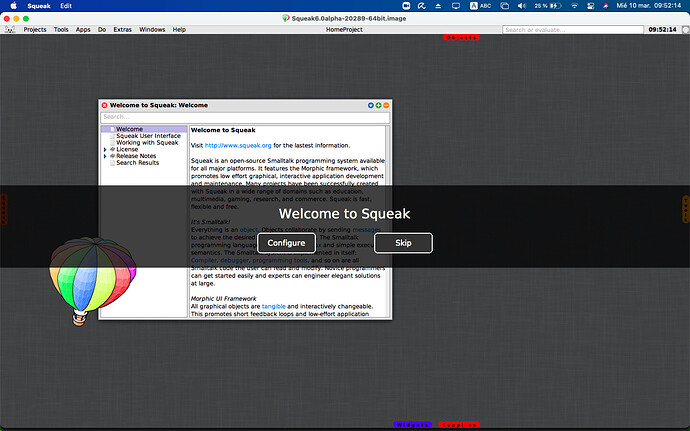 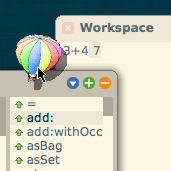 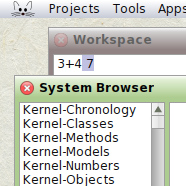 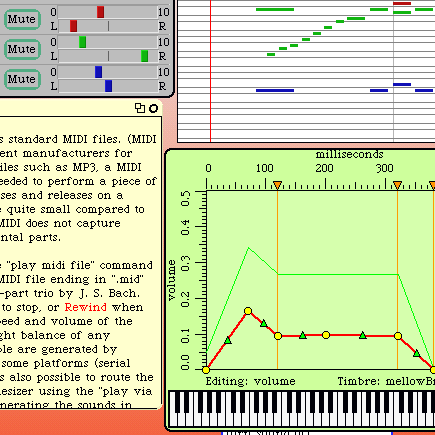 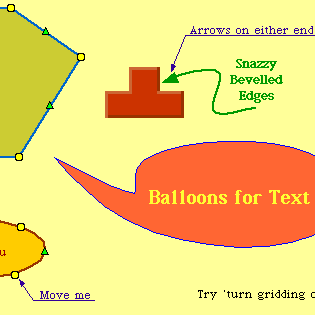 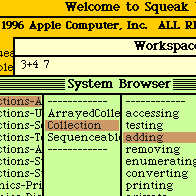 Alan Kay will be happy for you.

Yes, Scratch 1.x was written in Squeak, and BYOB1-3 were mods of Scratch, so also in Squeak. Snap! isn't written in Smalltalk, of course, but it's based on Morphic-in-JS, the same widget manager as the Morphic-in-Squeak that underlaid Scratch/BYOB.

("Based on" isn't an exaggeration. Back when Berkeley hired Jens as a part-time consultant for a year to rewrite BYOB in JS, he spent the first seven or eight months perfecting Morphic, while all the Berkeley team were biting our fingernails, and then got the rest of Snap! done in about six weeks. (I think I'm remembering that correctly...))

About Smalltalk-related videos: The one you really want to watch is this: 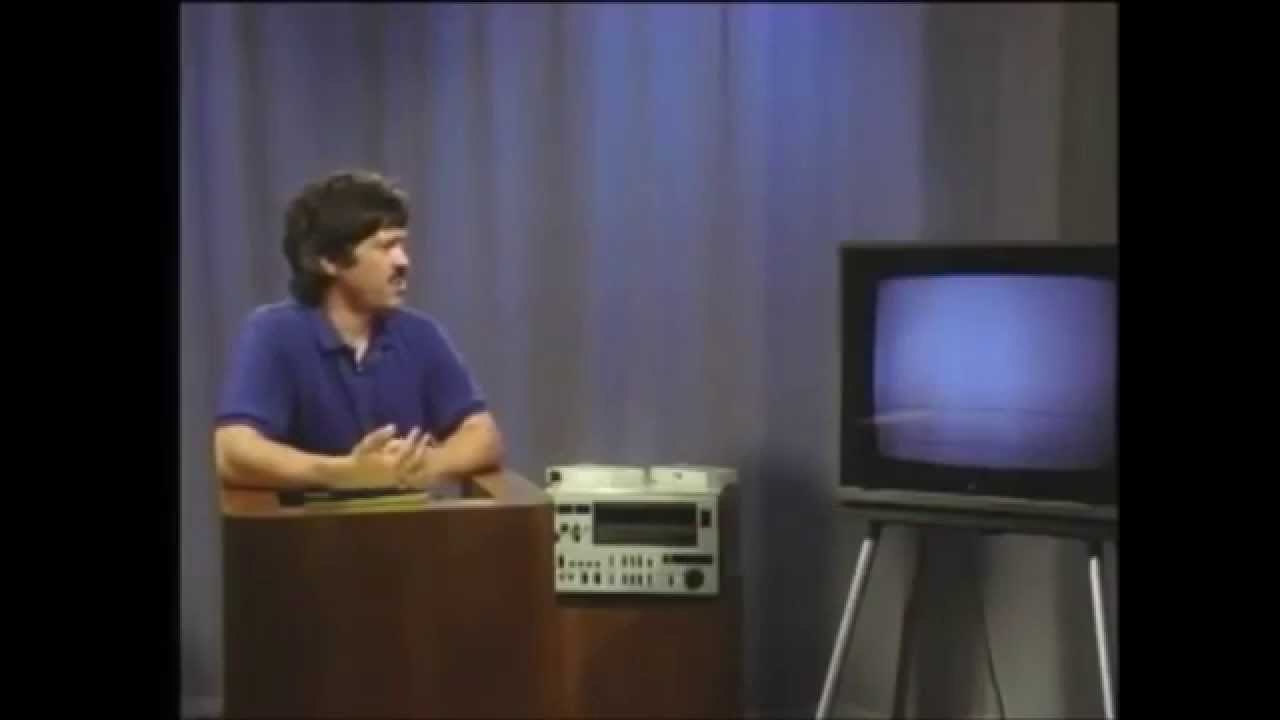 It's more or less the entire history of user interface design, leading up to Smalltalk. I used to show it to our first-semester CS students at Berkeley every semester, and I think they're still doing so today.
kinestheticlearning March 10, 2021, 12:09pm #3

Thank you for sharing, Brian.

At 54m 04s into the video, I learned that not even professional mathematicians use purely logical way of thinking (when inventing their maths as opposed to proving it). (They use images, instead, and some even use kinesthetic way of thinking.)

Oh, and at 55m 34s Alan Kay proceeds to say: "You see, the sad part of Hadamard's diagram is that every child (...) is taught math (...) through (logical channel)" ... saying at 56m 00s that education is based on a naive belief that "just because we can talk about something, we should teach it through talking and listening", which is, of course, false.

Then at 55m 34s, he says: "Then I realized it applied very strongly to GUI design" that needs to refrain our mind from that part of it that "likes to talk and comment", instead of the part that is doing it.

So, my kinesthetic part would like to be doing what was shown at 4m 50s, only in Snap!, inspired by Jens' talk "Re-inventing On Purpose".