thats from my poblic page

no it can't be that.

It happens in the editor too.

duh, the pic was in editor

I think you mean asked, not said. Also, why would you expect anyone to know which sprite it is? Also, it's probably not a sprite, considering the entire corral is missing. (I think once I got an error that said something like "XML Error: Missing important element 'corral!'")

oh, yeah I didn't think of that.

(Once I got an error that said something like "XML Error: Missing important element 'corral!'")

I never got that.

hey, I was going to test that!
but you deleted it!

Why do you need it?

I love that song. its from one of my favorite games.

Yeah. Used to have it for my Wii. But I sold my games for a Nintendo Switch.

Let's stop with the off-topic posts.

All I was doing is I was testing if an audio element works on the forum.

This is why I keep a local copy of everything

I wish I did cuz even on my editor its broken. 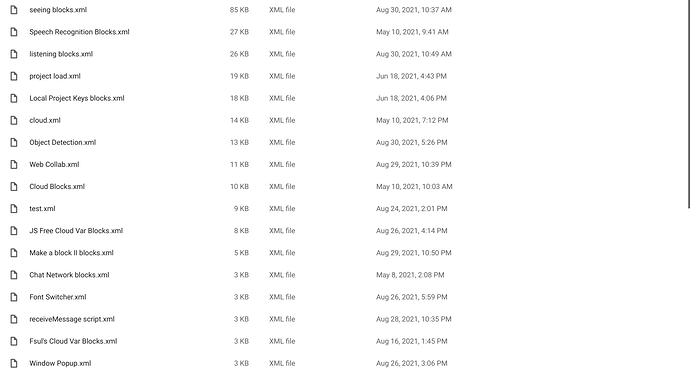 image1562×842 108 KB
There is way more to the list than just that.
I'm usually working on blocks and not projects, so a lot of them are block xml's.
← previous page next page →