do you mean slither.io?
i can make that multiplayer but i cant play my multiplayer games bc the server is slow

look at the difficulty level control, i draw the sprite and you can click only on the arrows

no. Have you ever heard of the classic game snake? It's been remade and remade hundreds of times. 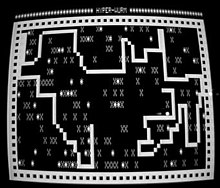 Snake is the common name for a video game concept where the player maneuvers a line which grows in length, with the line itself being a primary obstacle. The concept originated in the 1976 arcade game Blockade, and the ease of implementing Snake has led to hundreds of versions (some of which have the word snake or worm in the title) for many platforms. After a variant was preloaded on Nokia mobile phones in 1998, there was a resurgence of interest in the snake concept as it found a larger audie...

Very Noice! A bit slow but that might just be snap lol.