Snap! 6.5.2 Build Your Own Blocks (berkeley.edu)
For absolute beginners - sort of like Scratch Junior.

And I feel that 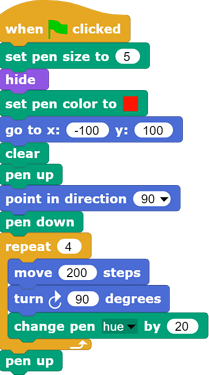 -even though they have exactly the same effect.

I know, it's meant to be even less confusing than Scratch (Which prides itself on not being confusing to beginners).

Lol, exact opposite of what I intended then.

Well, I meaaannnn....at first it looked confusing because there was nothing but images on the blocks

This is a really interesting project. It's cool that you can invent Snap! Junior in Snap! itself. :~D

I love the egg timer for WAIT! Less happy about the costume ones; the gear icon means settings, not costumes. I'd use an actual costume, Alonzo or soccer ball or something. And the red octagon for colors is really confusing! That means stop. Maybe a triangle?

The trouble with showing both possibilities in a predicate, such as SHOWN?, is that it's not clear whether a response of True means shown or hidden. Just the solid icon before the question mark. (This doesn't apply to non-predicate reporters; for those it's helpful to have two examples to show what question you're asking.)

I was confused about CLEAR leaving the grid up; that left me uncertain about when I would ever need to use the GRID block. Maybe that should just be a hidden function.

Should the TIMER reporter have a question mark?

You're missing minus! And the RANDOM symbol is very confusing since it's the same as our list icon. I'd suggest a cloud of different-sized question marks: 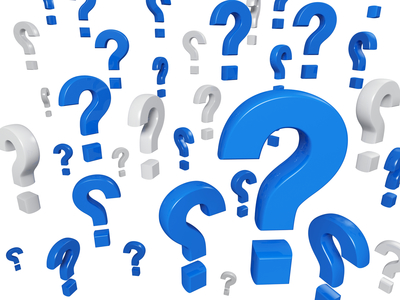 except not so many of them.

The ambiguity of using the plus sign both for adding something and for a new something really bites you in the case of lists. I'm not sure offhand how I'd fix that. I'm thinking circle-plus for a new whatever, plain plus for adding to something? But of course what I really hate is the regression to Scratch-style non-first-class lists. Do you think treating lists as first class is incompatible with a simple presentation?

i'm going to have nightmares

But of course what I really hate is the regression to Scratch-style non-first-class lists. Do you think treating lists as first class is incompatible with a simple presentation?

Well, if they are first class, then they will cause errors when a variable is dragged onto a list space.

Actually, I might be able to implement this!. I will notify you when I'm done.

cool, but the the press green flag can be improved,