Save background as file

Hi there! I wonder whether there is a way to create a file from the background and save it to disk from within SNAP!, probably as a block.

It's pretty easy from the GUI, just right click the stage sprite and click on "pic..." to export an image of the stage to the Downloads folder of your browser: 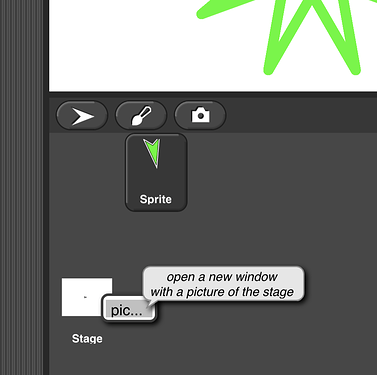 One of our interns also wrote a JavaScript function which lets you export stuff programatically. Here's his block definition and how you can use it: 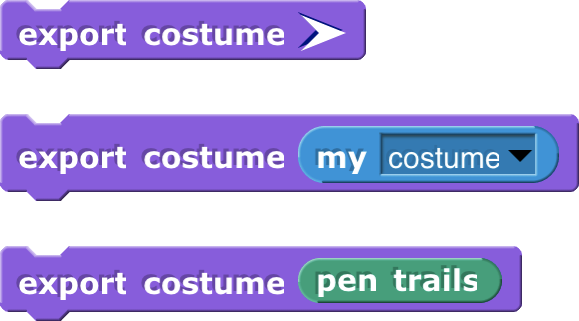 “@susscrofa: You said "background" in your original message. That's a technical term for us, probably isn't what you want, and certainly isn't what the previous replies are offering.
So...

So, now then: There are two main stage-picture things you can do:

Wow! Is there any other script like this? Thank you.

and certainly isn't what the previous replies are offering.