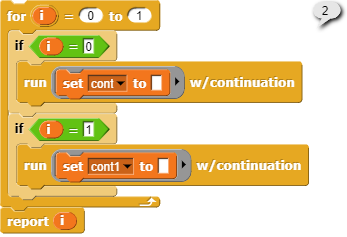 Then I stumbled upon the results of the:

This seems to defy the purpose of continuation. 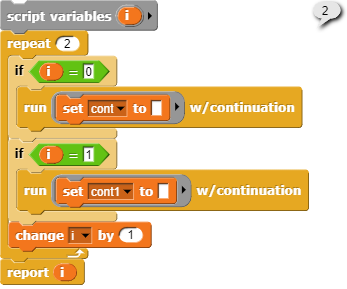 seems to work almost as expected, but

This time "repeat" state seems to be retained but local variables are shared between script and every continuations.

Isn't the captured continuation supposed to be immutable?
Or should this behavior be more consistent?

When I'm not sure what a continuation example should do, I just try it in Scheme. :~)

But I tried this: 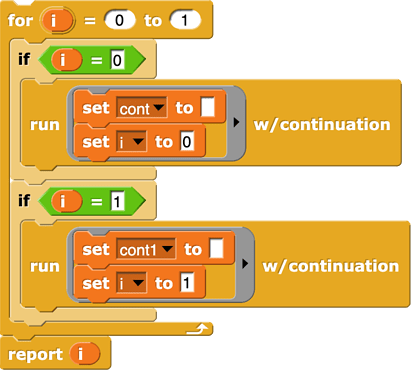 untitled script pic788×718 81.1 KB
and it has the same behavior. In fact the SET I TO blocks don't appear in the continuations in the watchers.

Continuations need a lot of work, and it's very low priority for us. We kind of implemented continuations as a joke in the first place. It's turned out useful for the CATCH and THROW blocks but not really much else.

Isn't the captured continuation supposed to be immutable?

I'm not sure just what you mean by this. The continuation's code doesn't change, but it remembers the environment in which it was created, and environments are mutable: When you change the value of a variable, you're in effect mutating the environment.