Snap version 6.9.0, for some reason, when making clones of an object and having them read their code out of a list (making a list full of rigidified code and having the clones execute it) only the last clone will run code that is in a loop. 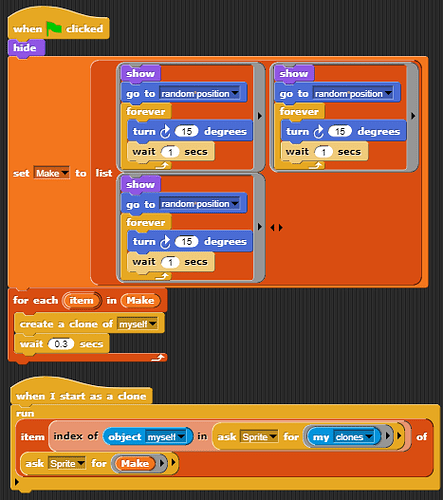 Only Sprite runs the code, not the clones.
Try this

That works, thank you very much.

Welcome to the forums, @jacob-otw!

Don't bump topics unless no one has posted for at least one day.

he had replied to a post that is now deleted, so it wasn't him who bumped the topic.