Hi, I really need help with my snap program! I spent hours on it, but I still have no idea on the bug.

When I receive Hit:

However, this doesn't work well because the second problem

Some say, that it was because I drew the sprites off center, but I have no idea how to fix this.

Hi,
Could you share your project? It would be easier to help you, looking at what's going on. As you said, the problem must be at the beginning, drawing these sprites and their center... but I need to see the project to say more...

The Y position can't be both more than 59 and less than 59! Maybe you meant OR instead of AND? But then, why use the IF at all?

point towards 180 - direction and move 10 steps
if on edge, bounce

The first line already does what IF ON EDGE BOUNCE does. So you'll end up turning around twice. 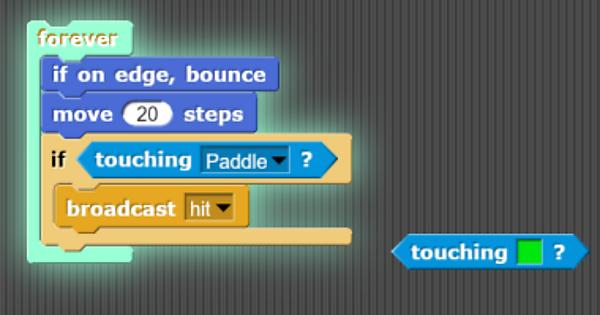 Could you share the project, or give us a link? It makes debugging so much easier because the problem could be elsewhere in the project.
Thanks!
Biran4454