Look at this cool Screensaver I made!

I remixed it -- I made it perlin noise and made the trails blur out:

Interesting, in the embed the trails slowly move to the top left

Embedded projects don't work inside of the hidden text tool.

This reminds me of the Windows default screensaver but much cooler!

I have a question---what is the purpose of a screensaver, and why is it called that?

It used to be, people's monitors would burn out ( have an image imprinted on to them) if it was showing the same image for too long, so people made moving images to change the image on your screen and save your screen from burning.

It used to be

It still happens today. Unless there's some massive breakthrough in LED technology I wasn't informed of. However, nowadays computers have screensavers built in, so it wouldn't happen anyway.

I thought today the operating system always does something to the lights so that doesn't happen, but feel free to prove to me that I'm wrong.

Speaking of screensavers apparently this is a thing BYOB does 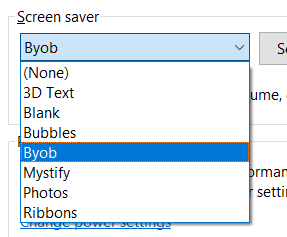 How do you get that screen?

I don't know, maybe it's just preinstalled into BYOB because I did not make nor import any BYOB projects. I don't even know where the screensaver project is located on my computer, though it's probably where I put the BYOB folder. And I can't seem to get out of presentation mode as exiting presentation mode closes the window, so I cannot look at the code. 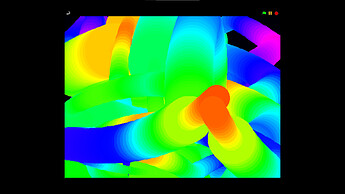 image1920×1080 208 KB
It's some procedurally generated calming music with two rainbow moving circles and everytime the guitar strums both of the circles change to a random size.

Oh i found the project it's BYOB\Projects\screensaver.ypr