I made a game where you can land on the moon. It's incredibly laggy, but its still pretty fun to play.
Took me a few hours to make

LANDING REQUIREMENTS:
Must be at a level angle (Where your landing legs are fairly level with the ground), and have a descent less than 6 u/s.

Fixed a bug where the background would have 100% brightness. Have no idea why it happened, but, i fixed it

Very hard (not landed yet!)

One thing, the plume still shows if I'm out of fuel 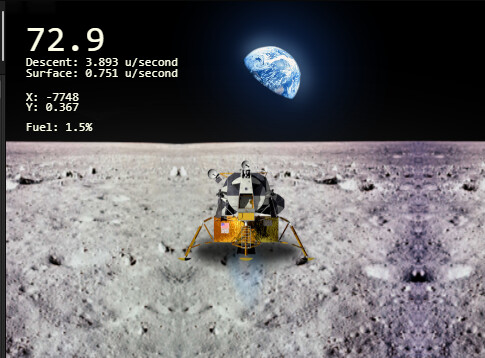 I added an Easter Egg where you landed!!!!

The lag seem to come from these sprites: 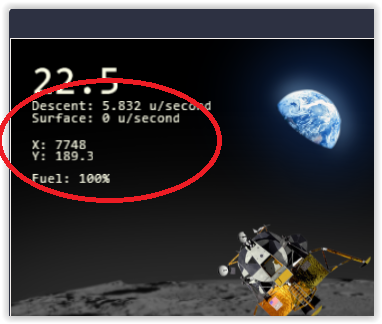 watch inside the costume from text block and try to make it multi-line instead to run it in 6 sprites evety .1 seconds...

I added an Easter Egg where you landed!!!! 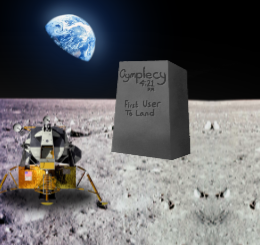 Not an easter egg anymore, huh?

lol, that's why it in a hide details tag
well, for anyone that didn't read the forum post, i guess it would be a nice surprise if they ended up landing there. 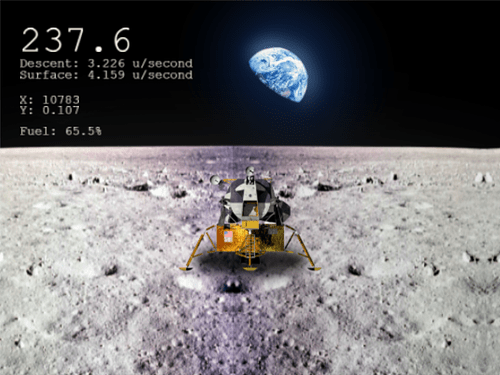 Lucky. I literally was caught off guard when I realized that the u/second counter for the "Descent" variable could go up, at a fast rate too. At that point it was already too late.

Hardly. I was just keeping Descent under 6 when I thought I was close.