Minor issue when searching for a block 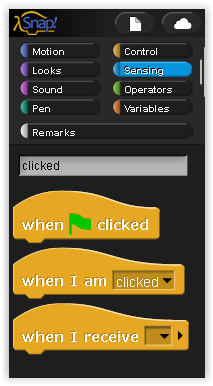 When i'm searching for a block contains "clicked, "The "when i receive" block appear in the list...

Well, is there a broadcast that is 'click', 'clicked' or anything similar?

Making it a feature not a bug

I was gonna comment on that, but then I found out that the green flag broadcasts something like "shout_go".

yes, but that doesnt even have any of the letters in clicked, so why is it showing up?

No idea. But on a related note, if you do type in "shout__go", It doesn't show up. It's actually "green flag clicked" that makes it show up. I guess it isn't a bug.