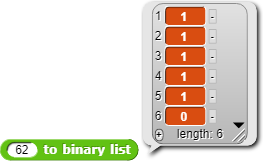 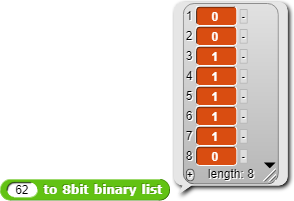 [edit29Oct2022 When trying another AOC puzzle, I needed to iterate over 26million strings and calculate their hashes and my native Snap! implementation just wasn't anywhere near fast enough

So I used a JS implementation from GitHub and made a reporter using it.

PS:This is not a snap code golf so you could use javascript

what's wrong with programming in the language that the ide expects you to program in?

wouldn't that sort of be "cheating"?

No
And even it is,the advent of code cannot see what you are doing offline

This is not a CSP-J test

well personally i'd feel more proud of myself if i implemented an MD5 hash myself rather than sending a request to some website to deal with it.

If I try to convert a one-letter string to MD5 hash, I get this:

if you aren't actually creating the thing yourself, what's the point of doing the advent of code?
it's like giving yourself a math test and just putting every question into wolfram

I meant to use Python for hashing

Thanks for trying that

isn't 3 languages a bit much? this is just an md5 hash.
i feel like you would have more code just for running other code than to actually do the task

lol haha
i was just taking a joke on this,and trying to convince you to use 8 nested backslashes and quotes(you double the number of back slashes for every language)