not sure if this is exactly a bug, but i can't imagine any issues from it not having this behavior
when multiple keys are pressed on the same frame or two, snap only registers the first one of the whole bunch, so some are lost. if the sprite isn't open in the editor the effect is worse depending on how long the script takes to run
there were some other issues i had but it's unrelated so i made a seperate post

Pretty sure this is just a javascript thing. I don't think they have much control over it.

no it isn't
i would elaborate here but i'm not sure what i'm even supposed to say, it's just not how the web apis work and there's too much to go over to try and predict every reason you might say that

Actually after re-reading your post, I now understand what you're saying. I don't see why the current behavior should be an issue. You shouldn't be making frame perfect key pressing using the when key pressed blocks anyway.

if many key presses happen in one frame, they happen one after another on the next frames instead. this even happens on turbo mode.

The Snap! "processing step" is effectively a "tight loop". The JS Event Loop only works when snap is yielding. So keypress is "registered" between animation frames (step) - suspended thread for a hat processing is created but with a "reentrance policy", mostly avoiding duplication.
BTW: @60FPS frame time/delay is 17ms. It is unlikely that a regular PC keyboard emits multiple events in that period.
For more complicated scenario you can use
"^when any key pressed^" combined with multiple ""

So it is a javascript thing.

So it is a javascript thing.

It's more of a design decision. For me it seems reasonable for any real use scenario.

i still don't see why that would be an issue, it should still be able to keep track of all the key presses that happen before the next animation frame

also fair enough about the key pressing speed, i can only get one key every 20ms when i tested. the bug isn't actually what i thought it was, there's multiple bugs:

also fair enough about the key pressing speed, i can only get one key every 20ms when i tested
...
2. key pressed can only run every OTHER frame (every ~33ms) (i think)

It's quite obvious. The processing step is performed every 17ms so with 20ms keypress auto-repeat delay, one frame is skipped.
Keyboard behavior is highly configurable. I've made a 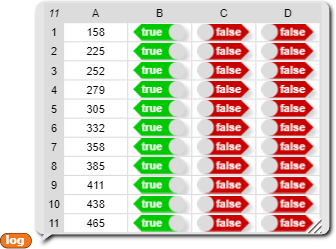 Autorepeat starts after 67frames (1s) and repeats every 25 frames (~1/2s)
For the lowest settings:

I've also tested frequency of manual keypress. Even on gaming keypad I'm was not able to go below 7 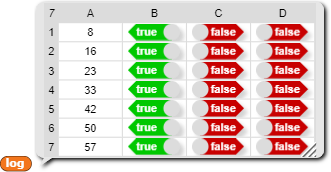 To made the tests more reliable, we can program some MCU as a HID device generating keyboard event with the desired pattern.

I suppose you made a minimal reproducible example to check hardware/OS/JS limitation and how it may affect your problems.

geometry dash remakes: am i a joke to you?

my issue isn't frame perfect keypresses, my issue is that if someone mashes the keyboard it can take a while for it to catch up to everything that was pressed, and some inputs get lost.

my keyboard autorepeat is set to 60hz, and that's not the only way i tested it. i tested it also by pressing many different keys, without holding them. i can press keys every 20ms or so, and i have n-key rollover (your keyboard is 2 key rollover, it only detects two keys pressed at once)

my issue is that i was dumb enough to NOT set up a minimal reproducible example, i made an actual test project now and only got the first bug, my key repeat is fine. VERY sorry about that.

after testing it seems to be an issue with a previous bug you reported.

Hat blocks are MUCH slower for a large amount of blocks than a custom block Snap! Bugs

not technically a "bug" but still a problem if i create a script like this: [image] it's abysmally slow, but if i put the exact same script into a custom block, it runs just fine. the same happens for any hat block (as far as i can tell), and it doesn't actually need that many blocks, i ran into this issue without even having many blocks. is it parsing the entire script every time the hat runs?

i reported that one after when originally i posted mulitple bugs here, they're two unrelated bugs
the slowdown doesn't reduce the number of keys registered, it does them one after another in order, just late