I've been working on a JIT compiler for Snap!. Snap! already has an experimental JIT compiler, but it doesn't support yields or custom blocks and doesn't seem to have been updated in some time.

Currently it can run Vee, although you need to set the "shapes" variable through the code before running it, and warp isn't working for whatever reason. I didn't test the other example projects.
Link: https://pkhead.github.io/snapjit/
(You can turn off the JIT compiler in settings)

This is a list of stuff I'm aware isn't currently functional:

I know I was previously working on the TurboSnap project, which aims to achieves a similar goal. I decided to restart this because I planned for TurboSnap to only view Snap! projects, and to use a custom renderer that computes graphics effects via shaders. This project will allow you to edit Snap! projects. (And I planned all of that because apparently I was the only programmer)

I pushed an update that fixes explicit ring parameters and adds implicit parameters. Although it doesn’t throw errors that would be thrown in cases of mismatched input counts, as documented here, as I felt it was pretty unnecessary to add all those checks. (I wonder how far @bzzzz got into their project.) I also added support for custom block upvars.

I have yet to add the launch block, tell/ask, and various yielding blocks. Mainly because I felt that implementing overrides for those certain blocks wasn’t as important at this point.

(EDIT: On second though, I think i just forgot how continuations worked, and I have nothing to worry about.)

Also, I added an example project called “3D grapher”. You can see the performance difference between JIT and non-JIT.

why does everyone use github.io?

Is it blocked for you? I used it because I can have the repository and the website hosted through the same service so it’s easier.

(I wonder how far @bzzzz got into their project.)

waiting for something to happen to my pull request

yes, it is, sorry

An example of a programming language with a JIT compiler is Lua. And also (fun fact) Lua is faster than Python.

Well Lua compiles to an intermediate bytecode, rather than actual machine code. So I don’t think it’d count as an actual JIT compiler. There is LuaJIT however.

Fun fact: Technically my program is an actual JIT compiler, as it compiles to JavaScript, which may then be compiled to machine code by Chrome/Chromium’s V8 engine.

So, could we use this for TurboSnap? (if you guys didnt give up on it)

Thats, what it is?

You're new, so you probably have no clue what TurboSnap is.

A bunch of users, such as myself, were making a think that compiles snap projects to js to run them faster. I was just doing the html, though.

Probably, but with TurboSnap, we (more like I, since I wrote all of the JavaScript code) was making it like Phosphorous in that it was built from scratch, and so reads the project XML directly, whereas this project is more like Turbowarp in that it is a mod of Snap!, and depends on Snap! to read the project XML for it. Making it a mod takes less work as I don’t have to reimplement the function of all the Snap! blocks, and the user gets to edit the project.

This doesn’t fully replace TurboSnap though. I’d like TurboSnap to have a renderer that utilizes GPU shaders. In Snap!, graphic effects are done on a single thread which is why they are slow. It could also be possible to utilize the GPU for the touching blocks for a potential speed up. That’d sound neat.

Okay, can I make the HTML part of it?

This doesn’t fully replace TurboSnap though. I’d like TurboSnap to have a renderer that utilizes GPU shaders. In Snap!, graphic effects are done on a single thread which is why they are slow. It could also be possible to utilize the GPU for the touching blocks for a potential speed up. That’d sound neat.

Yes you can work on the HTML.

Ok, can you link me the bitbucket repository? Or did you switch to something else?

The project has been inactive for a while so we didn’t switch to something else. 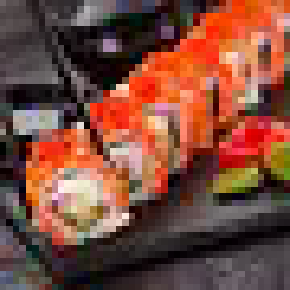 A project to compile Snap! projects to JavaScript.

Oh, I thought you were using bitbucket, guess my memories' blurry

Can you add me as a pull request person? TheOwlCoder