Issues with the green flag and the broadcasts

Could you share a project with us that shows the issue you are getting?

This shows the issue when Tails touches something.
The issue is within the programming language the game was made in, not the game itself. 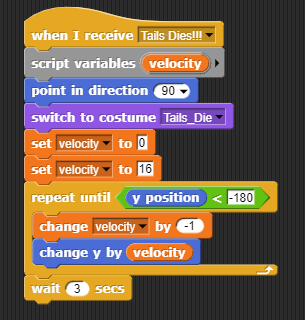 Your script reentrance is blocked by

fI you want to restart the script, the forever loop must be stopped with