Hello all again!
Here is something interesting enough to me that I've decided to share, using a pretty meager script it makes some complex designs, even though one central pattern does emerge each time, take a look :3

Also I'd recommend high iteration amounts, I did 1 million for the thumbnail of this project, just to make sure it's thorough, but lower ones might be interesting as well.

I am fan of exactly this kind of projects! (Thank you for sharing it)

Below iis are two versions of my remix (differing only in the initial direction). In the remix_1 (where its initial direction is 135), the blue arrow sprite begins to make strange things when i > 730; however, if its initial direction is 45 (remix_2), this doesn't happen. Press space to pause (and release it to continue) as many times as you want. (In the code I have added a bigger step size and bouncing from edges; also both X and Y values, used in your formula, are divided by the step size and rounded now. I set the iteration amount to 3000.) Try clicking on both so you can see the difference.

P. S.
I have looked for your other projects via your forum user page and found your fish project, which reminds me of a similar project of mine that you can find below listed on the sixth page of currently altogether seven pages of my public projects: 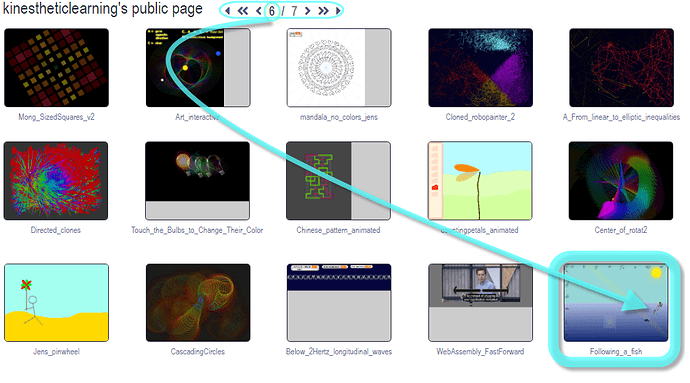 Wow, I did not expect this. Thank you for speaking so much about this :3
I am a bit dumb so I tried to understand all of this as best I could.

I see what you mean by how much it changes with what would seem like the exact same starting conditions(?), but it would end up being almost completely different. Also I think personally that your remixes are much more visually appealing then my messy and monochrome style haha. Maybe I should learn a thing or two from you.

Maybe I should try making another thing like this, see how complex I can make it or something... what do you think?

what do you think?

I think you did an excellent job. Without you discovering this simple but powerful algorithm (formula), I would not be able to visually improve anything. So, thank you!

But, yes, we can all learn from each other.

Cool! I was wondering why it looked hyperbolic, so I read the code and found

Interesting Patterns script pic818×86 15.4 KB
so, sure enough, xy=1 is a hyperbola. So I decided to see if I could make it parabolic instead, and after some poking around, ended up with 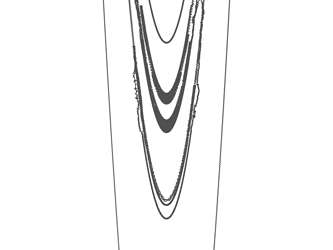 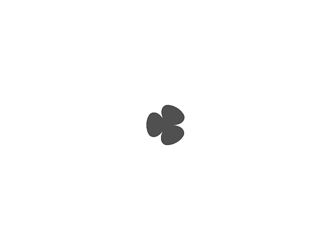 You're welcome, I suppose!

I fiddled a lot with it yesterday to try and find something interesting, and you found another cool thing before me! I guess I'll just have to try harder.

I guess I'll just have to try harder.

Brian (bh) is a mathematician and computer scientist; I would not try to compete with him in finding what kind of math is behind any program/code. And, besides that, having just an old-fashioned fun playing with programs is much better than trying to find cool stuff imho.

I guess that would be true. Yeah. I sound stupid to myself now, sorry. But yeah, I do agree with you, I've been messing with this kind of stuff for a long time, so it is generally entertaining to just keep playing around with it, a bit off-topic but Snap! introduced me to lists, and I honestly have the most fun making projects with those, so far I've learned how to store video, coordinates, and replay them and such, glad to have found it.

Snap*!* introduced me to lists, and I honestly have the most fun making projects with those, so far I've learned how to store video, coordinates, and replay them and such, glad to have found it.

And, yeah, it's not a competition.

The phrase 'first class functions' just immediately sounds confusing to me, but hopefully I'll know what it is in the future.
EDIT: Nevermind, I've known what they are, just didn't know they were called that..