uhh what changed in these months?
did the js block appeal?(solved:nope)
did snap support cloud variables?(solved:still needs external cloud sites)
I'm not very happy about the fact that there's only 2 new blocks 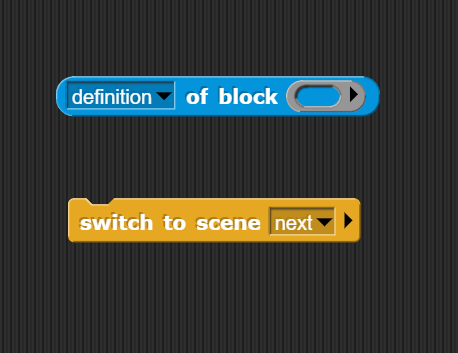 but looks like there is a new scene system 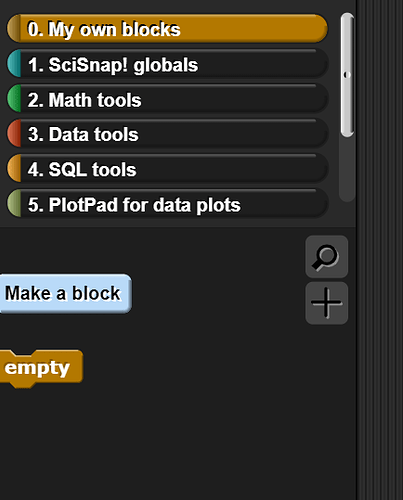 There's a lot more, in fact, you can now build scripts using code without js.

You can find them by enabling extension blocks in the options menu.

A pretty recent change is these blocks are now variadic. 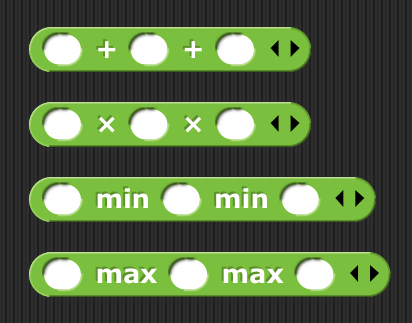 Oh, and send to has been replaced by adding an arrowhead to the broadcast blocks that when expanded, you can broadcast to a certain sprite. You can also now get the message received by selecting any message in the when I receive block.

There is no pi constant in the primitive block(round one)
Should I import the bignums thing?

You can import some libraries that use js to see how they work (the getters and setters library still uses the js block, so don't import that one)

I think you may need to load the bignums.

edit: I don't think the primitive block even has what you're looking for

Also create your own categories.

Maybe you shouldn't post your real name or age?

What do you want to know about him?

idk, he/she is just making this big announcement so I just assumed they did big stuff

Maybe you should thank him (Or mark his comment as a solution), Aaron?

I think you should ask about that sort of stuff, I know I wouldn't feel comfortable being called my real name on the forums...

He is a really good Snapper who had lots of drama on the Snap! Forums while gone. He also are very good at JavaScript.

this sounds so wrong but idk why

had lots of drama on the Snap! Forums

I want to know too

this sounds so wrong but idk why

There is an ancient topic that says what should we get called.

Remember I joined days before 7.0 released, so I have no idea who this guy is

I was online then.
But you joined on 24 jan and i wasn't online on that time

I just assumed they did big stuff

I was just bored when watching boring sky class(is this the correct translation @programmer_user?)
Quarantine for Shanghai

Thank you for welcoming

His name is Aaron.