How to make an appearing say box 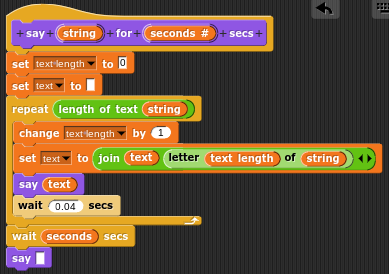 Look inside the loop body.

for the text length at the start at 0, when the loop starts, the variable gets set to 1, and the end for when it says nothing is so it stops saying it

Oh, huh. I never tried to make an appearing say box before, so I have no idea how to do it. I'm sure others would know how to do it though!

One of things that makes things like this easier in Snap! is the for block 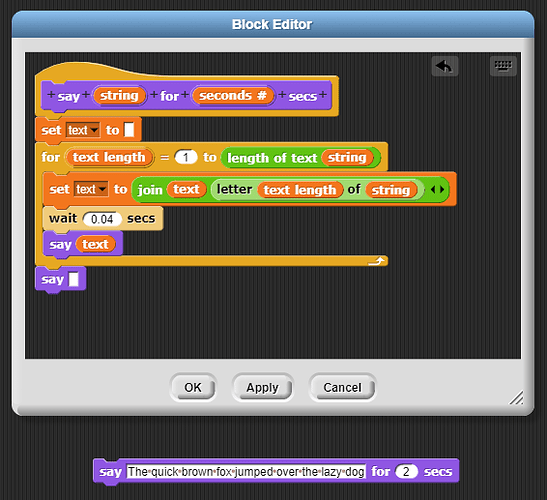 Note - to change the name of the loop variable, just doubleclick it to edit and rename it

to change the name of the loop variable, just double-click it

here's my way to do it 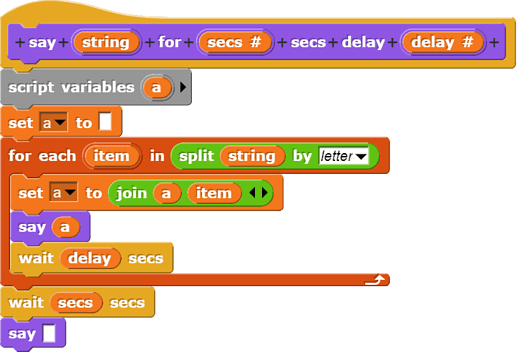