I want some ideas for a game to make. nothing huge please.

I made a trivia game already.

Topic of the month: All about fish

ok. ill keep that in mind.

why? did you look at what I did? is that why you were gone?

OOH. I love that game! I made it on Scratch with a pen. It's a bit modified but the basic game idea is the same! Link: https://scratch.mit.edu/projects/425466932/ I remember there was this one bug where it wouldn't count the user's score properly after each round. 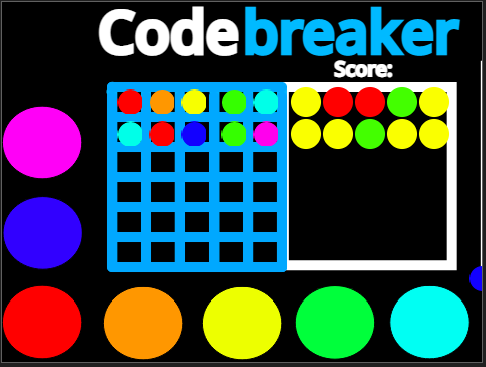 Something like that would happen where it says green is in the correct position, but then says it isn't. (in my game, the right, wrong, and wrong positions are in order of colour, unlike the actual game.)
I'm going to remake this in Snap!

A game like Breakout, maybe, where you use a paddle to bounce a ball against bricks.

who is that made by?

I made the game.