I re-created Frank Drake's 1974 Arecibo telescoop message to inform aliens about our progress from it's original binary file. (this was the easy part)
project 1: Snap! Build Your Own Blocks

My question: in my second Arecibo project I wanted to detect the message from a DTMF tone file. A sort off audio signal that the Aliens could detect. In this DTMF file the high pitches are the "ONES" an low pitches the "ZERO'S" I tried averaging the separate tones, even tried microphone.note and microphone.frequency detection. Tried calculate the frequency from it's zero crossing. With all of the previous I had no adequate results.
project 2: Snap! Build Your Own Blocks

More information on the Arecibo.

The Arecibo message is an interstellar radio message carrying basic information about humanity and Earth that was sent to globular star cluster M13 in 1974. It was meant as a demonstration of human technological achievement, rather than a real attempt to enter into a conversation with extraterrestrials. It has been noted that the low resolution of the image makes it infeasible for any extraterrestrial recipients to attach the intended meaning to most of its elements. The message was broadcast in...

Accordingly to Wiki the signal was FM "2,380 MHz and modulated by shifting the frequency by 10 Hz".
Your sample is recorded at 44kHz rate. It is somehow demodulated from original signal? If so, you need detailed description of signal format.

Or do you want to act as an alien scientists and discover the messsage encoding and meaning?

Exactly that’s the point…only decode the signals to one’s and zero’s. This is a DTMF …telecommunication signal a variation on the original signal. In my case I want to act like an Alien…for me that’s not a problem

Diagram of ~2s of the sound file. 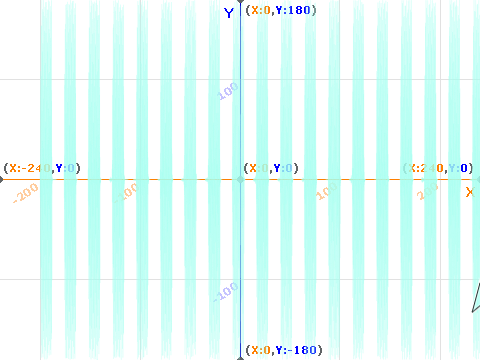 There seems to be a 19 or 38 bits of information. Right now, it's not clear if there is really FM modulation or kind or time based coding (Manchester, NRZI or so).

You can plot duration of zero crossing to see any regularities.
But if there is really DTFM used, probabbly FFT must be used.

Thanks, maybee playing the sound file and using a pen to plot the data on a grid 23 x 73 will be the most reliable way. When you listen to the beeps in the audio file it sounds and looks simple to detect the two clearly different high and low pitches off beeps. Thanks again.

The seventh wave (the only low pitch in this graph) looks different to me. 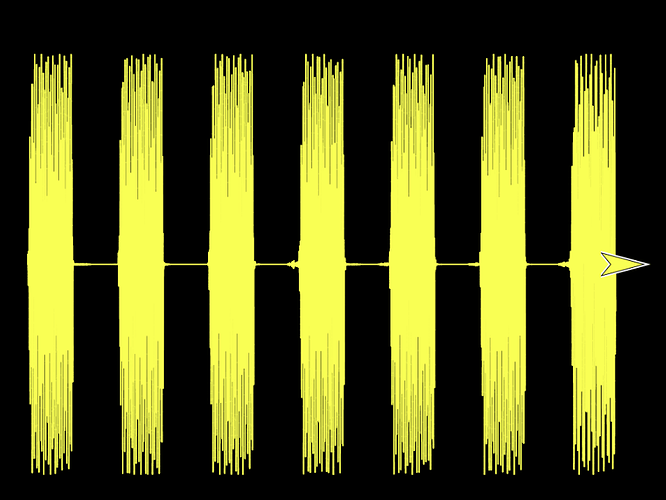 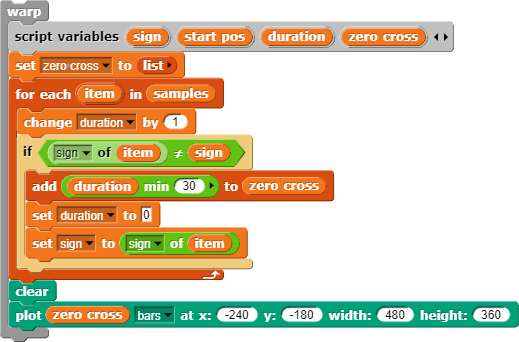 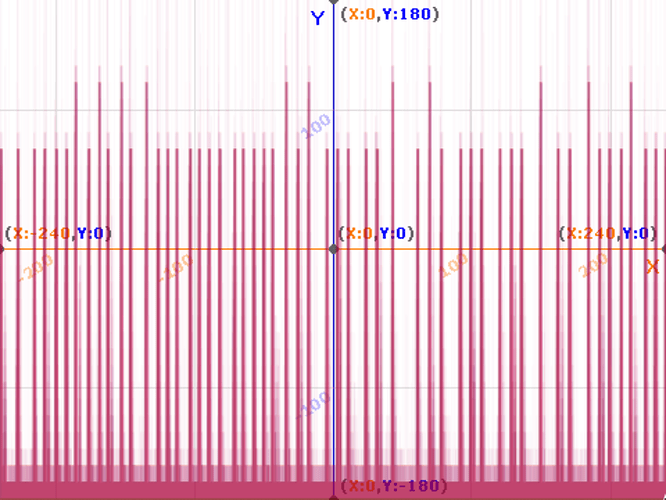 This is the same script...the visuals seems prommising...only the zero crossing numbers... 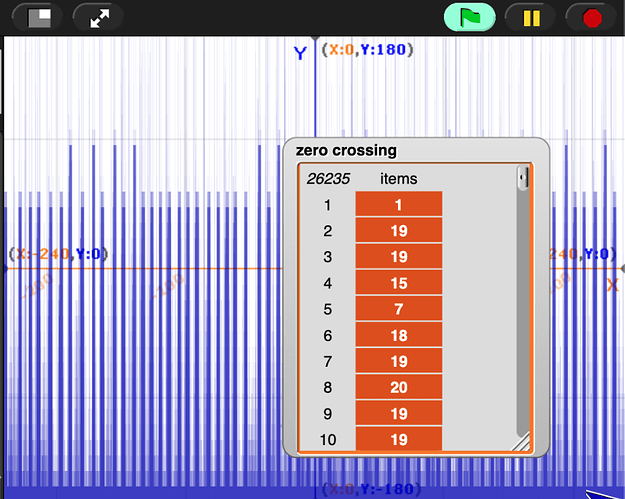