Define does something malicious 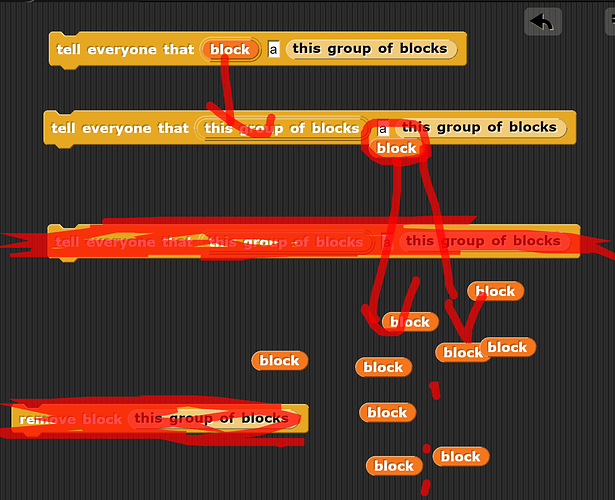 and you get this:

and this script stays there no matter what, and the upvar will stay for eternity.

aaaand this happened which is not expected 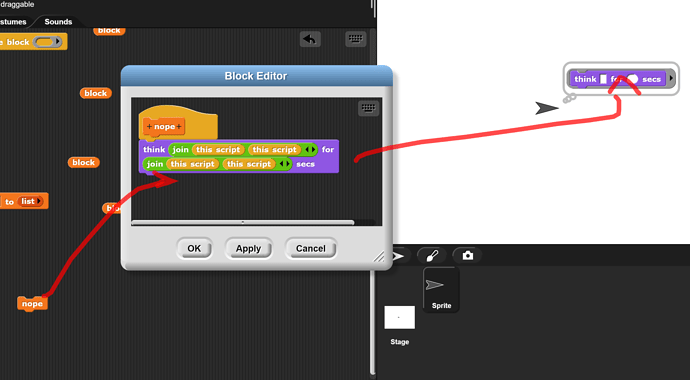 the function hat did not dissappear

This is the weirdest thing ever in Snap !

Jens is on vacation for a week so don't expect an immediate response, but thank you.

This is the experiment you can try: Snap! This is so weird (berkeley.edu)

i wouldn't call that a critical bug, as the spewed out upvar returns to normal when you reload the project, and you can avoid it by not touching it.

i mean... i'm pretty sure this is what define is intended to do. i don't think they're going to change it. you can just not make a loop that defines a bunch of blocks.

and you could also create a memory "leak" by making a clone script that makes a bunch of clones. and this isn't a memory leak anyway -- that's when there's memory allocated that isn't known by the program.

You can even make this???

I found something weirder. Do these steps above, then: