I'm trying to create a script so the player can move into different rooms and explore the dungeon. Wanna help me? LINK: Dungeon RPG by oscar robinson - Snap! Build Your Own Blocks (berkeley.edu)

I will add sound effects for anything else that happens in-game.

Hey, this looks like the FNAF2 minigames, cool, maybe you could use 2D arrays to create the rooms and then use certain conditions to render them?

Do you want this to be cloud multiplayer or no?

I'm thinking just single player. Multiplayer sounds awesome, but it's something far beyond what I can do on Snap...

Yes! I've taken inspiration from those types of games!

How would I create a block that can do that because I don't know how to...

Eh, not what I first thought of looking at it, especially with the WASD dialogue being identical to a FNAF2 graphic.

I'm.. not really sure either, I think you should generate the rooms and then connect them based on surrounding rooms. Like if 4 rooms surround it, it becomes a 4-way room, and so on.

Now, i want to fight this zombie!

Maybe I could do that.

@oscar_robinson Is this the end of the game? If so, I can make more! 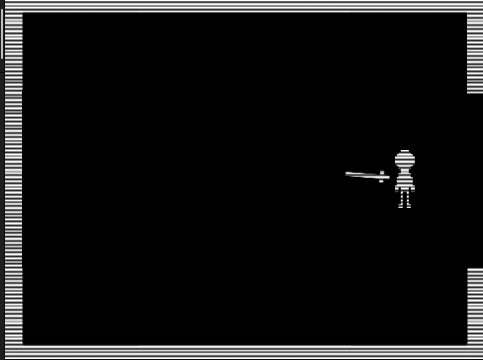 Edit: nope, not possible, the game just falls apart when that happens.
Edit2: Nvm, the broadcasts are just all over the place.

Yeahhhh it's really messy to be honest. I used a heck ton of broadcasts....

and I make a heck more broadcasts

I added a torch and another chest and a boss + a health box.
And I'm also making the shield do smth.