Could we have a continue after pause block please?

When debugging, I'd find it very handy, when the code hits a pause all breakpoint, to be able to assign a keypress to be the equivalent of pressing the yellow play button to continue.

One method I've come up with would be to have a continue button, preferably not in a library but hidden as a relabel option on the pause all button.

cymplecy, this is a good idea. We should ask bh to maybe think about adding a block like this. I have been thinking about this sort of block, too, before and it would be a good idea. Maybe something like:

or something like this.
But yeah, good idea cymplecy.

Please remember not to tag

ok. i changed it.

Thats what i feature requested

I request that you add a "resume all" block. If there is and has all ways been there, where is it?
And along with that: make pause all a pause all but this script, like the stop block. It simply pauses everything but its' script so that later within it it can resume wverything.

I have already suggested something like it, this but then people kept saying stuff like "use the warp block, and single stepping!"

that is what i want

Single stepping doesn't even work with the warp block anyway.

and also cymplecy and others, there is a

block, and linked to this, I was also thinking if there would be some kind of block like

which would be handy. 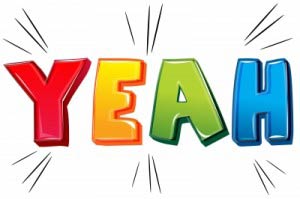 Well, if all was paused, nothing would be able to unpause it. That's the purpose of pausing. However, I completely agree there should be a block to pause all but this script. That would be tremendously helpful and the unpause block would make sense in that case.

uh, unpause is the same as continue

but then you could put in stuff that will never trigger because the project is paused, like,
[scratchblocks]
touching [sprite v]
[/scratchblocks]

like this:
[scratchblocks]
pause all [ v] for{
} until done :: control // options are: "but this script" and "other scripts in sprite"
[/scratchblocks]

I am 100% in for this. I've always found it frustrating there isn't a way to unpause with code

well, we already have