Check out what I found

Now when was Snap! on this page? (And yes, it is this very website listed on the page.)

Isn't there a price to do so?

And it's maintained. Wow, I didn't know we were that significant!

And it's maintained. Wow, I didn't know we were that significant!

Isn't there a price to do so?

Anyone can edit a wikipedia page for free.

There was always a Snap! Wiki page

. I was on the snap’s wiki page. I’ve never contributed to wiki 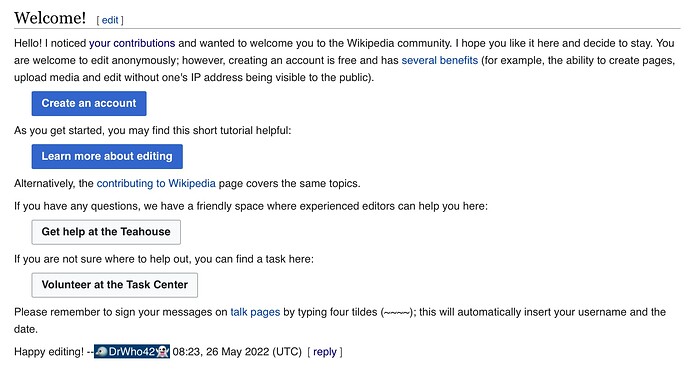 That's the Snap! wiki. This is about the Snap! Wikipedia page.

Where is Unity's Bolt Scripting System? WE NEED TO ADD IT.

Yeah, that was on the Official Wikipedia. Not the unofficial wiki

[offtopic]
I added Bolt by Unity! I had to edit both the Unity wikipedia page and the main "List of programming language names" wikipedia page.
[/offtopic]

Oh. Sorry. Kudos to you for creating the Snap! wiki, though.

Scratch has been deleted. Don't know why but it isn't where it was. 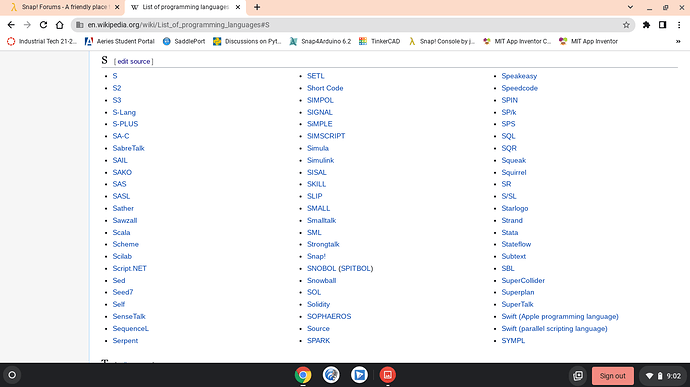 Read the picture. It says

"A simple custom block in the Snap! visual programming language."

Scratch is showing for me on the wikipage

My comment was 4 days ago. By then someone probably fixed it.

Thats really funny how it says that snap! was inpired by scratch with a link to scratch but on the list it apparently dosent show...