So, I've been working on a collab called Penguin Racing, and I have a feature for when you hold down shift, it will speed up. The problem is instead of going the way of the arrow key your holding, it goes the opposite way. Here is the link to my project: Snap! 6.8.1 Build Your Own Blocks 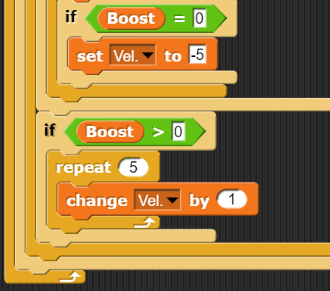 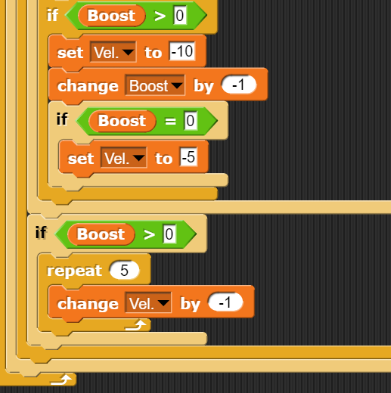 Just saying, you should put in a check to make sure the right arrow key is pressed, so, you know, when you press shift while stopped, it doesn't give you a speed boost.

Thanks, it worked! But now the boost bar doesnt change now. It just stays at 100.