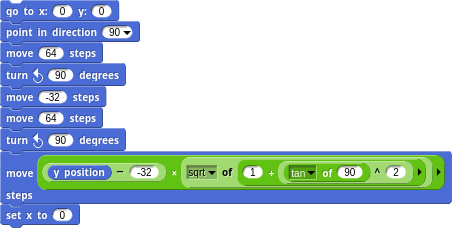 if this script is ran with the turtle costume with pen tip, the sprite grows in size and all movements are offset (set x 0 y 0 places the sprite at the wrong position). rotating the sprite or switching costume resets it.

why would a move block even affect size? how does a set position block fail to set the position correctly after that?

just tested on the website and the offline version (8.0.0) on librewolf (basically firefox)

Very odd. Maybe because the script runs so fast? Turning on visible stepping eliminates the problems.

This script makes the turtle invisible: 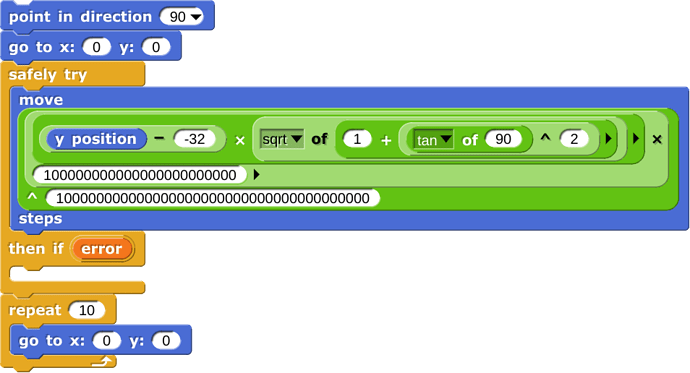 I have to set the position to x=0 and y=0 several times because it doesn't go to the same position every time.