The current system is really hard to use efficiently in my opinion. I like the idea of automatically aligning images, but it gets in the way whenever I want to make something that isn't center-aligned, and I don't think there's any way to turn it off.

I think there should just be a button that says something like "center art" next to the clear one, so anyone who wants their sprite to be centered can have it that way, while if I want my image to be off-center, I can have that too.

Edit: Scratch also has a small crosshair to indicate the center of the art editor. I think this is a really important thing that Snap's art editor is also missing.

Click button to see centre marker and move it around 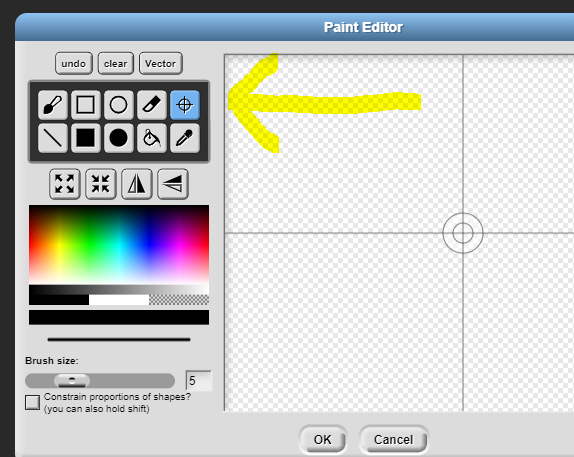 I am aware of that, but the way it works is super wonky and doesn't permit you to draw on all of the sprite anymore or accurately estimate where the edges of the screen are.

We know that both bitmap and vector editors need a lot of work. And yes, that's one of the issues. The window inside the editor should be zoomable and scrollable.