where see list of all functions and what they do

Hi, welcome to the forum.

The Snap! Reference Manual is what you're looking for.

By the way, it's best if you give topics a more specific title, e.g., "list of all functions?"

italics in pdf toc makes it hard to read, dont know why info isnt on a website like other things are

cant edit anything in this forum, so cant fix title, we should be able to edit

About your last point, you'll be able to edit in a day or two. It's an anti-spam feature in the Discourse software.

As for the rest of it, I don't have the legibility issue you do about the italics; could you post a screenshot?

The complete list of primitive blocks is in the software itself, in the palette at the left edge of the window.

There's a bit of an introduction in the first few pages of the manual, but I agree we sort of assume that you've used Scratch before, which is where most people learn the basics of assembling scripts out of the blocks.

gonna do some tuts in scratch for now and however long it takes..
see if can learn anything....

what basically is snap adding to scratch from a user viewpoint - goal is just to make something
is that anywhere in any of the sections in the pdf, doesnt seem like it

dont know why the info is not on a site like basically everything else, and other 'documentation' stuff

theres lots of doc software that are super easy to copy paste that pdf into, gitbook, etc,
not sure why it hasnt been done yet

sans serif is 1000x more readable than serif, its known everywhere on the entire web, this pdf is completely unusable to me honestly

I'm not really sure if you mean to be as annoying as you sound, so I'm giving you the benefit of the doubt, although for a newcomer at anything to start out by telling the people who do it what they're doing wrong seems a little arrogant.

Snap! is a programming language, not an app. That means you're not going to get a 25-words-or-less summary, because it doesn't only do one thing.

It would be easier to know how to answer the "what does Snap! add" question if I knew how much you know about programming in general. For example, one of the central things that Snap! adds to Scratch is lambda, the ability to create anonymous functions while your program is running. If you're an expert programmer in pretty much any current popular language except Python, you will have come across anonymous functions and you'll know why they're useful. (Python has something called "lambda," but it's broken and not so useful.)

If you're not an expert programmer, you should read Chapter VI in the manual, and then come back here with specific questions about anything you don't understand.

About having an HTML version of the manual, I agree, we should do that. At the time I started writing it, there wasn't a standard way to include pictures in a TeX document, positioning control in HTML was (and still is) deliberately basic, and even reading a Word doc file into Open Office was quite iffy. (I haven't tried that recently.) I wanted to be able to control the document layout closely, so TeX would have been my first choice, but as I said it was iffy about including pictures back then, so I chose Word as the most widely available standard. Since then I've tried a few programs that purport to turn Word docs into HTML, or PDF into HTML, and all of them fail miserably when there are a lot of inline pictures with the text. I don't know about gitbook but since you mention it, I'll look it up.

As for the alleged readability of sans serif, your opinion is very common, I realize, but it's wrong, I believe. There was some merit to your view in the days when computer monitors had very low resolution, such as 72dpi. But modern monitors have resolutions of several hundred dpi, so serifs work perfectly well. (Historically, the first computerized serif fonts were on the Xerox Graphics Printer, only a few of which were ever made, so you've probably never seen one. Its resolution was 200dpi, and even with that low resolution, serif fonts were clear if not beautiful. The introduction of laser printers at 300dpi was enough to make serif fonts come out beautiful.)

One of the webcomics I follow has a character named "Lilliium," and in a sans-serif font that's an unreadable mess with four vertical lines in a row. Serifs let you distinguish a lower case ell from a capital eye (or a digit one). (Or even a lower case eye if the letters are small enough, as in the "Lillium" example.)

P.S. Okay, I tried importing the manual into gitbook. It positions all the pictures wrong. :~(

Have you tried importing it into google docs and exporting as html?

Well it isn't as badly formatted as in some alternatives, but the pictures aren't quite right:

and there's the occasional disaster: 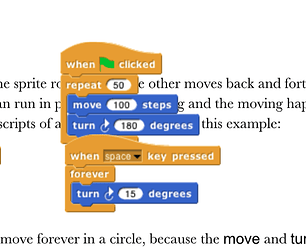 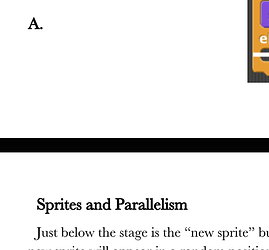 you're right, I tried uploading SnapManual.docx (from github) to google docs, and it said that the server rejected it. I did also upload it to google drive (through google drive desktop), and I managed to open it, for viewing (in drive), but docs wouldn't open it. I think it's because it's so large. 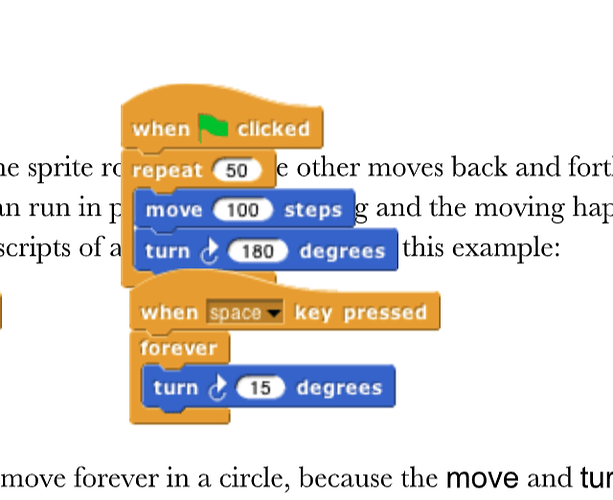 I think I found a pdf to html convertor that makes it look almost exactly like it does in the pdf Convert PDF to HTML unfortunately, looking into the html document, it doesn't look like a human editable format.

Hmm, I get "unable to upload." 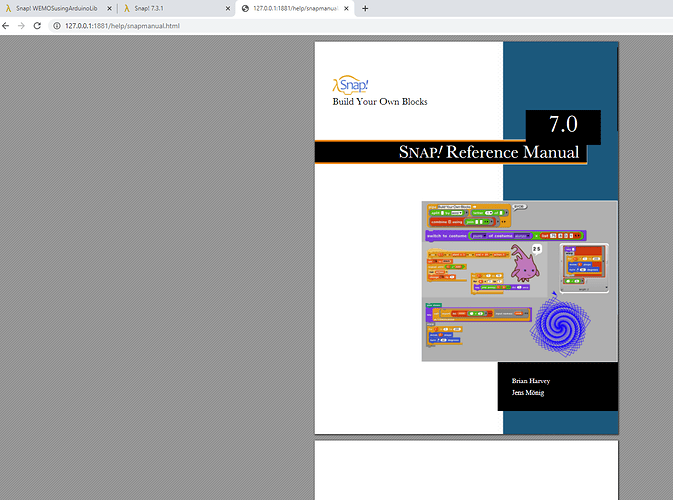 Oh lord. It turns each page into a PNG, so what's in the "HTML" file is a bunch of inlined bitmaps. No wonder it's not searchable! Bzzzt.