Another bug when joining blocks

Works with texts that have "[" and "]". Put it in a text single input.
Then join this again:

The text is in italics and without the "[]". And its data type is undefined (this block will not throw errors, but others will do)

I think this, when fixed, could work in dropdowns, but nowhere else. But that's just what I think it could be.

I think [] are not necessary in dropdowns, because it will work anyways: 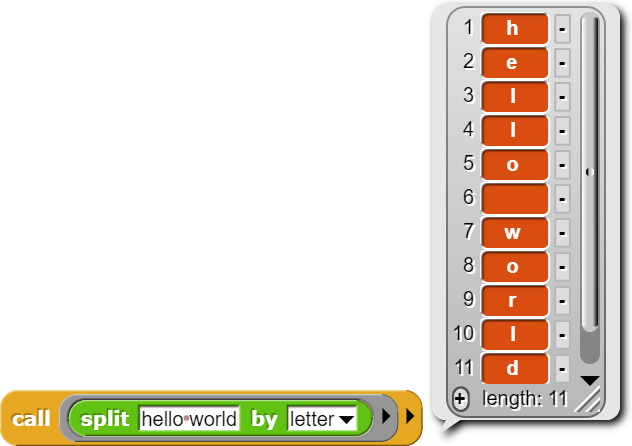 Maybe not in editable dropdowns, but:

this is now officially beginning to annoy me a lot. This is a feature, not a bug. Use it responsibly.

Now I think people will not use [] a lot as I thought. So it's a valid reason.

this is now officially beginning to annoy me a lot.

Well, how could anyone know it was a feature?

If they read my bug report here.

I don't really see how these two reports are related...

They both use brackets []

Oh, I just read the answering post.
But then, why does text in brackets italicize? And why is the data type of italic text unidentifiable?

But then, why does text in brackets italicize?

Because italicized options (which uses brackets) are special ones. For example: 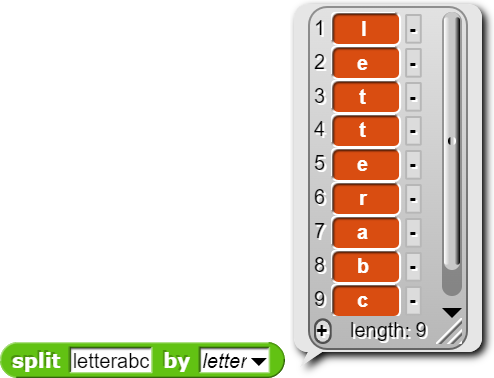 This split the text of each letter, but not each string "letter".