REMEMBER!
It is VERY important NOT to write any public spoilers

ALWAYS keep spoiler stuff hidden inside one of these

which you can obtain by clicking on the gear icon

1st attempt didn't finish even running overnight - too many paths

I didn’t believe there could be none either, so I used the Pen library for making a picture of my program’s findings: 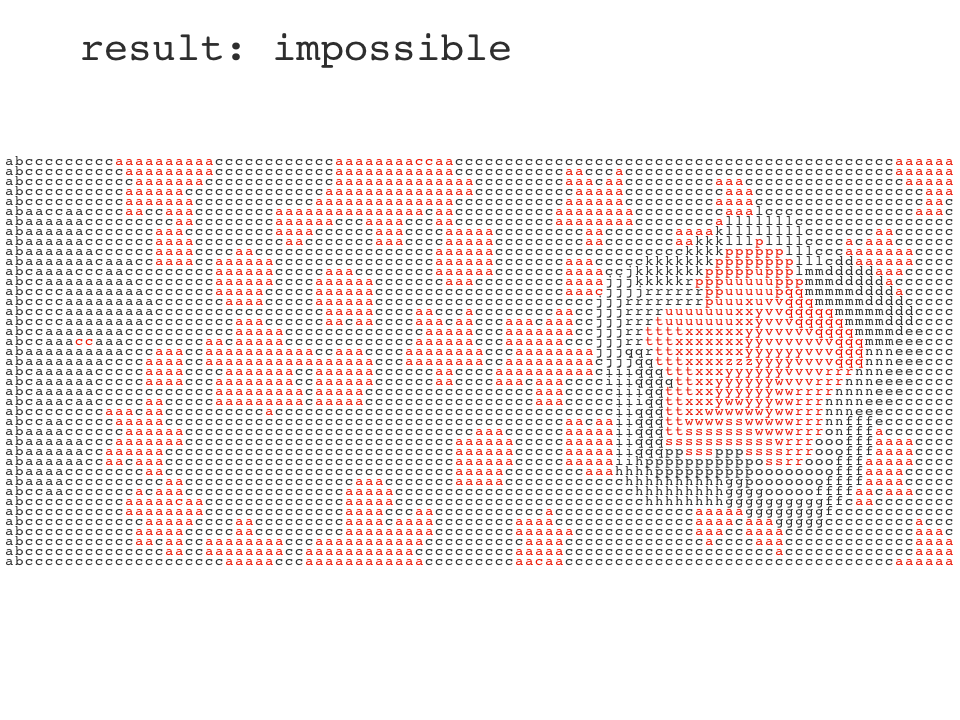 The characters correspond to the altitude of a location. Black means they can be accessed from S; red means they can not be accessed. S is one of the ‘a’s at the left rim of the picture, E is a ‘z’ in the middle of the large red ‘flower’. I don’t see any two adjacent characters bridging the black and red areas, do you?

I'd forgotton that rule

Apparently I had misread that. Thanks for the hint!