Is NetsBlox not good enough?

It’s hard to use and does not work on iPad.

So like the data base extension but in cloud var form.

Yes, but rooms limit it, so you can't automatically connect.

We've talked about this before...

Yes, we totally want all the NetsBlox features in Snap!. They forked from us long enough ago that we can't straightforwardly merge their code in. But Brian Broll, who mostly wrote NetsBlox, is interested in working on this over time.

This is not going to happen quickly! Think years rather than weeks. And, honestly, the NetsBlox features we're mostly getting requests for are a complete undo and the ability for two people to edit a project together on two computers. (By the way, if you aren't already familiar with Doug Engelbart's work from the '70s, with which the rest of the world is just starting to catch up, do a web search for "mother of all demos.") So, yeah, cloud variables eventually, although it's been a big moderation hassle for Scratch, which is how they ended up at one point saying numeric values only (and yes I know you can turn a text string into its Unicode encoding), but that's not going to be early in the process.

Umm. You'd be welcome to make your own fork, but no matter how old you are, Jens doesn't often accept pull requests from people not on staff.

it's just that you should be over 13 years old to use github, as seen in the github terms of use (I say should because technically you can make a github account when you're younger than 13)

Although, he can still download the source code and edit it locally.

Yeah, I get that. I was making the additional point that even if he were age 40, Jens still doesn't encourage PRs in the repo from non-staffers.

By the way, the paragraph you quoted from their TOS is a little disingenuous. There is nothing in US law forbidding them from allowing users under 13. They just have to follow more stringent privacy requirements, just as we do and Scratch does and many other sites that cater to kids (just for example, nickelodeon-dot-com, does that still exist?), which mainly means they can't target advertising at them. (It doesn't even mean they can't serve them advertising, just not targeted advertising.)

If we wanted to, and had a lot of money and staff, we could verify and store everyone's actual birthdate (you're wondering how to do that for people without credit cards, but trust me, Google knows your birthday and I bet they'd verify it for a fee), and essentially have two different sites depending on your age. But of course the relevant age is different depending on where you live, so we'd also have to geolocate you. I don't know of anyone who goes through this hassle; instead what they do is pretend they don't allow users under 13 while in fact not verifying whatever age you tell them. For sure that's what Facebook does. (In their very early days, while running out of Zuckerberg's Harvard dorm room, you actually had to be at university to get an account, but that didn't last long once they discovered the joys (sarcasm) of targeted advertising.)

(I don't know if I should bump this topic to post this.) Woah. I just read the FTC's COPPA info. Do they seriously need the orbity globe thingy on the front page? If not, why do they have that in their TOS?

Do they seriously need the orbity globe thingy on the front page? 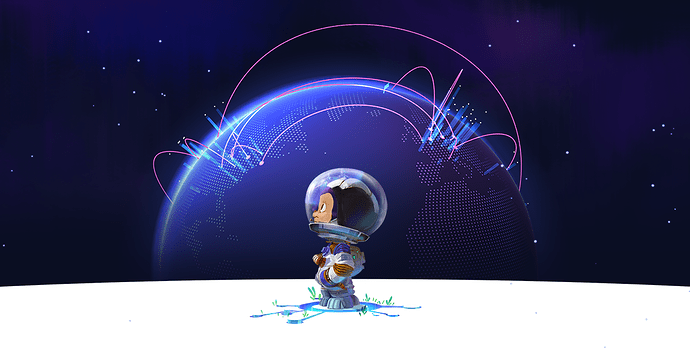 GitHub: Where the world builds software

GitHub is where over 65 million developers shape the future of software, together. Contribute to the open source community, manage your Git repositories, review code like a pro, track bugs and feat...

I'm confused. You posted about the FTC and COPPA, not Github.