It would be cool if there was a record button::

(sorry for bad editing)
(it would save as .webm or .mp4 after you record it)

before you record a record option dialog will show up
just like turbowarp: 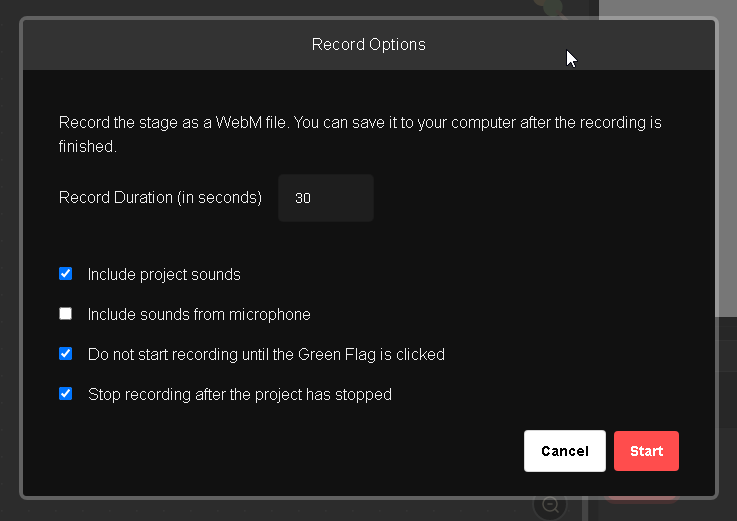 When I occasionally need to record, I use a screen recording app called Screencast-O-Matic on my windows machine.

There's not many times a screen recording is needed

I definitely sympathize, especially the bits about when to start and stop recording.

But Snap! is pretty huge and hard to maintain already, and every time we add a capability that's really an independent task it just gets worse. (Arguably instead of including a paint editor we should link to an external one, for example.)

But this sounds like a perfect test case for the new extensions feature! As something that can be loaded as an option, it'd have no downside that I can see.

I agree but do the extension features make stuff more laggy?

Not in general; any particular extension might, of course.